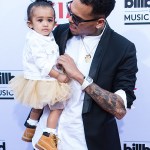 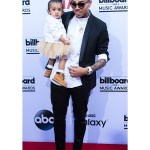 Britney is back big time and she showcased her flawless shape in a slinky catsuit. Whoa Brit! The pop princess really looked better than ever.

Everyone needs to bow down to Britney Spears and her hot bod! The 33-year-old singer may be a mom to two boys, but she still has her signature abs! Clad in a skin-tight body suit that just barely covered her assets, Brit wowed us with her break dancing during her epic performance of “Pretty Girls” with Iggy Azalea, 24, on May 17 at the 2015 Billboard Awards. Me-ow!

Oops, Brit did it again! Is it just me or does Brit have a thing for skin-tight bodysuits?! Although Brit’s bodysuit is different than her iconic red onesie, her body is just as stunning, 15 years later.

From her thigh-high boots to her latex black undies, the singer definitely seems comfortable in her own skin. There’s no denying that her figure looked phenomenal from every angle!

Equally, Brit’s duet with Iggy was just as epic as her outfit.

As we previously reported, the dynamic duo didn’t disappoint while performing their incredibly addictive single.

While Britney flaunted her fierce dance skills, Iggy, who also looked like gorgeous in a galactic-inspired ensemble, broke it down with her rap verse. She even made a “Baby One More Time” reference!

Talk about an on-point performance that did their ’80s influenced music video justice! Our jaws were on the ground and the chemistry between these two is so apparent. We hope that there are more collaborations to come from Brit and Iggy!

What did you think of Brit’s sexy catsuit? Let us know!