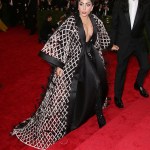 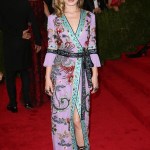 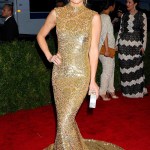 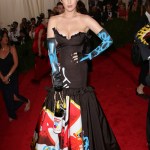 Anna Wintour enforced a strict no-selfie rule at this year’s Met Gala. But as you know, a number of celebs including Kim Kardashian and Justin Bieber didn’t do as they were told posting pics from inside the event anyway. Now Ms. Wintour allegedly wants them banned from the event for disobeying. Uh-oh!

When Anna Wintour, 65, tells you not to take a selfie, you listen — unless you don’t want to be invited to the Met Gala ever again. For the first time in the history of fashion’s most spectacular event, Vogue‘s editor-in-chief instructed that no social media photos were to be taken during the ball. Many attendees did not listen, and now Anna’s shortening the guest list for next year’s festivities, according to a new report. Yep, looks like Kim Kardashian, 34, Kanye West, 37, Justin Bieber, 21, (and many more) are in big trouble!

For some celebs, the urge to post a selfie is just too strong. Just ask Kim, Kanye, Justin or the multitude of Met Gala guests who shared personal photos from their night. Now Anna is steaming mad at the famous guests who disregarded her plea to not post photos on social media, according to a new report.

“Anna is very aware of all the celebrities who ignored her request,” an insider told VH1’s The Gossip Table. “She does not know what she’s going to do yet but she’s deciding.”

Other stars who are under fire? Katy Perry, Madonna, Kerry Washington, and Lily Collins, just to name a few. We’re guessing a lot of these ladies’ pics will be quickly deleted if they want to be able to RSVP for next year’s Met Gala!

When it came to Anna’s social media ban, the Biebs was by far the biggest offender. He not only was the first to break the rule by taking a snap with Cara Delevingne, but he also took a selfie with Lady Gaga! Okay, we kind of can’t blame JB because we would totes try and get a pic with Mother Monster, too.

And next, in an ultimate diss to Anna, a bevy of starlets took this bathroom selfie together which must have made the magazine boss’ blood boil! Kendall Jenner posted this pic with Bella Hadid, Jourdan Dunn, Joan Smalls, Behati Prinsloo, Emily Ratajkowski, and Alexander Wang among others. Check it out!

HollywoodLifers, what do YOU think of Anna wanting to ban no-selfie rule breakers from the Met Gala next year? Let us know!