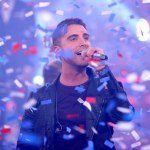 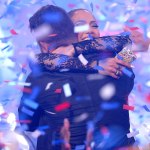 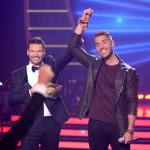 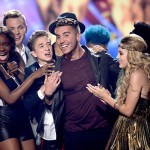 The end of ‘American Idol’ is near. The reality show phenomenon’s upcoming fifteenth season will be its last.

The curtain is closing on American Idol. FOX announced on May 11 that the reality show will end after season 15, which will air in 2016. Jennifer Lopez, 45, Keith Urban, 47, Harry Connick, Jr., 47, and Ryan Seacrest, 40, will all return for the show’s final season. Find out all the details about American Idol’s final bow.

The show that changed the trajectory of reality singing competitions is ending. After thousands of auditions and performances leading up to one winner, American Idol’s fifteenth season will be its last.

The final season of the show will be a “celebratory event,” our sister site Variety reports. The 2016 season will pay tribute to the past 14 seasons of contestants and winners.

American Idol was a reality show juggernaut when it premiered in 2002. Every week, viewers would turn in to see their favorite rising stars perform. Over the years, the judges table changed, but the motive of the show remained the same — find America’s next music idol.

Simon Cowell, 55, Paula Abdul, 52, and Randy Jackson, 58, were the original judging trio. Steven Tyler, 67, Mariah Carey, 45, Nicki Minaj, 32, Ellen DeGeneres, 57, and more served on the judges panel before Jennifer, Harry and Keith took over. Ryan is the only person who has stayed with the show since its start.

We’re sure American Idol is going to make sure its last season is the best, filled with incredible returns and performances!

HollywoodLifers, are you sad that American Idol is ending? What’s been your favorite performance of all time? Let us know your thoughts!