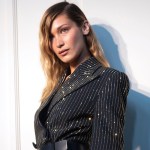 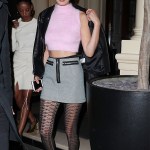 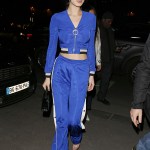 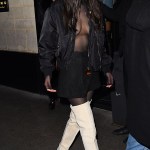 How cute! Bella Hadid seems to have a sexy new man in her life and things have been getting awfully steamy between her and The Weeknd. They’ve allegedly been seen out on the town with their celebrity pals and now, we have all the details on this hot new relationship.

His career is red hot right now, so why shouldn’t his dating life be, too? The Weeknd, 25, has recently been seen stepping out with Bella Hadid, 18, and their rumored new relationship is heating up fast. What does big sister Gigi Hadid, 20, think of the new man in Bella’s life? Read on for the latest scoop on this hot new couple!

Lately, all eyes have been on Gigi and her beau, Australian pop star Cody Simpson, 18, but now, her younger sister is stealing the spotlight with her budding romance with the “Love Me Harder” singer.

Bella has been getting to know The Weeknd with her big sister by her side and the new couple has spent a lot of time hanging out with Gigi and Cody, according to Us Weekly.

The new lovebirds also hung out with Miley Cyrus, 22, and Patrick Schwarzenegger, 21, shortly before they called it quits after five months of dating.

Those are a lot of double dates, which must be why Bella decided to take a bit of a break and have some girl time with her sister.

Gigi & Bella Hadid Have A Girls’ Night At The Met Ball

While the new couple may be heating up, Gigi and Bella had a girl’s night out at the Met Ball in New York on May 4. Bella and Gigi looked gorgeous in their gowns. Gigi even made waves when she was seen smiling wide in the famous pic of Hailey Baldwin, 18, grabbing a handful of Kendall Jenner’s, 19, derriere. Cheeky!

What do you think, HollywoodLifers? Who is your favorite couple? Bella and The Weeknd or Gigi and Cody? Sound off below!