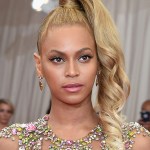 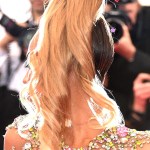 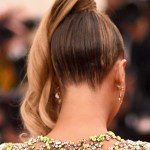 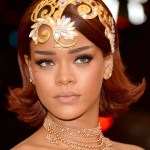 If we could turn back time, we would see that Kim Kardashian and Cher are practically twins! The reality TV star revealed that her sheer Met Gala dress was actually inspired by Cher at the Met Ball more than 30 years ago! Okay, we really feel like we are seeing double here!

Kim Kardashian‘s Met Ball gown may have been in keeping with the event’s China theme, but in reality, the selfie queen was actually paying tribute to the one and only Cher! The stunning star, 34, took to Instagram on May 4 to explain that the muse behind her sheer Robert Cavalli number was actually inspired by the 68-year-old diva’s dress at the very same event!

“This beauty, this icon! I’m so so happy I met her!!!! We spoke about our amazing Armenian journeys! And that Bob Mackie gown she wore to the Met 1974,” captioned Kim as she posed next to Cher at the Met Gala after party.

If you were having déjà vu over Kim’s dress, now you know why! While etany Met Ball fans believed that Kim’s dress, designed by Peter Dundas, was eerily similar to Beyonce‘s 2012 Met Gala gown, the reality TV queen was evidently channeling her fellow Armenian!

How could we all forget Cher’s shocking sheer gown designed by her longtime designer Bob Mackie?

Between Cher’s raven locks and sparkling brown eyes, we actually feel like she could be a Kardashian too! It must be the Armenian blood.

Above all, we love how Kim praised the performer with kind words while striking a pose with her!

But, Kim’s twinning moments didn’t just stop there! Mrs. West then had everyone seeing double when she showed off her famous derrière next to another diva: Jennifer Lopez!

Leave it to hubby, Kanye West, 37, to capture this curvy moment!  JLo, 45, and Kim, who were both presumably commando on May 4, posed cheek to cheek as they showed off their famous assets!

This beauty, this icon! I'm so so happy I met her!!!! We spoke about our amazing Armenian journeys! And that Bob Mackie gown she wore to the Met 1974

“With my idol @jlo 📷 by Kanye,” captioned Kim as she paid tribute to the singer, who sizzled in a red, racy custom-made Donatella Versace gown!

We love how Kim continued to dish out the accolades to famous females who have inspired her!

HollywoodLifers, what do you think: do Cher and Kim look like twins!?