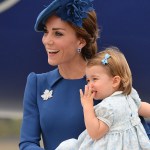 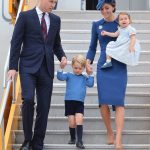 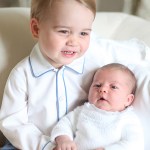 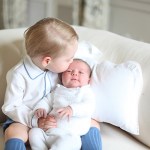 Princess Diana must be beaming in heaven that her son William is now the father of a baby girl and that he’s given his little princess her name. It’s so heartwarming that he and Kate continue to remember his beloved mom. Don’t you agree?

Prince William and Kate Middleton, you’ve made the most loving gesture of all to the much-missed Princess Diana — you’ve named your baby girl, Charlotte Elizabeth Diana, for her!

While there definitely had to be huge royal politics involved in your baby‘s name choice, you’ve done a brilliant job of satisfying all the key living members of your family, while also remembering Di.

“Charlotte” — the female derivative of Charles — honors William’s dad, Charles, Prince of Wales, the next heir to the throne. “Elizabeth” gives props to William’s grandmother, the Queen, and then Diana is for your heart, William.

It was Princess Diana who gave William and Harry the most normal upbringing possible, when she was alive. And certainly the most loving upbringing that an heir to the British royal throne had ever had. The British royal family had been infamous for handing over their children to be raised by nannies in the royal nursery, for generations.

Princess Diana was the first “hands-on” mom of an heir to the throne — changing William and Harry’s diapers and bathing them herself, covering them with kisses, and taking them out to do normal “children’s” activities, like going to amusement parks, movies and McDonald’s.

Will & Kate Honor Princess Diana At Their Wedding & Other Events

Prince William was heartbroken when his beautiful and affectionate mother was tragically killed ion Aug. 31, 1997, in a car crash at the age of 36. Since his engagement to Kate, he has honored Diana at every important and public turn.

Kate’s stunning sapphire engagement ring was Diana’s, and when William and his intended announced their engagement, Kate wore a blue Issa London dress in reference to Princess Diana, who also wore blue at her engagement.

Kate and William made sure that Diana’s presence was felt at their Westminster Abbey wedding when they played her favorite hymn, “Guide Me, O Thou Great Redeemer”. And of course, Kate omitted the word “obey” from her vows, just as Diana did decades earlier when she married prince Charles.

Now, with the birth of their daughter, William’s mom Diana has been memorialized in the most enduring way possible.

However, some of HollywoodLife‘s readers are not thrilled with Diana’s name being placed third in order.

“It’s as if Diana was an after thought. How sad,” commented Melissa Williams.

And Julia commented that it was “a shame, and soooo disappointing. They should have done the right thing and honored William’s mother by having the baby’s name first.”

But you have to also remember that William and Kate wisely realized that Diana’s ghost still hovers over Great Britain and her legacy — both great and notorious —  continues to loom large. “There was obviously too much that would come with that in comparison. They want her to have her own life, her own story,” a source close to the royal couple told HollywoodLife.com. “So it was important to honor her with the name but it was never going to be first.”

At HollywoodLife.com, we think that William and Kate made the best possible choice. In their hearts — which is the most important place of all — Diana will always be first, even though she is one of Charlotte’s middle names.

Do you agree, HollywoodLifers? Let me know.