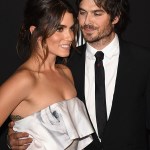 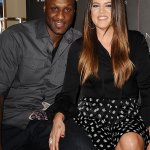 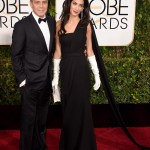 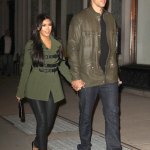 Nikki and Ian shocked the world by secretly tying the knot less than four months after their engagement — and they’re not the only stars who opted for a quickie wedding! See who else chose to walk down the aisle after just a few months…or less.

Ian Somerhalder, 36, and Nikki Reed, 26, wasted absolutely no time before tying the knot on April 26, and they join a list of well-known stars who have also rushed to make it down the aisle. For a few of these celebs, a shotgun wedding has led to years of happiness, but for others, the unions ended in eventual heartbreak. Check out which celeb couples also had quick engagements!

Nikki and Ian had been friends for years before they began dating in mid-2014, just months after the Twilight star announced her separation from Paul McDonald, who she wed in Oct. 2011. The Vampire Diaries actor popped the question in Jan. 2015, and the pair married in Topanga, Calif. on April 26, 2015 in a gorgeous outdoor ceremony.

We’re really hoping things work out between Ian and Nikki, but if history really does repeat itself, they’re not in the best company.

Kim Kardashian, 34, got engaged to Kris Humphries in May 2011, and they got married just three months later in an extravagant wedding on Aug. 20, 2011. The whole thing aired on a buzzed-about E! special that aired in October…just weeks before Kim filed for divorce on Oct. 31, 2011. Seventy-two days strong!

Then, of course, there’s Kim’s little sis, Khloe Kardashian, 30, who moved even faster by getting engaged and married all within a month of meeting Lamar Odom, 35, in 2009. Things went so well for a few years, but by 2013, Khloe found out about her hubby’s multiple alleged mistresses, as well as his reported drug use, and she finally filed for divorce in Dec. of that year. But, don’t forget, the divorce has yet to be finalized — so there’s still hope, right?!

It’s not just Kardashians either — A-listers Scarlett Johansson, 30, and Ryan Reynolds, 38, also had a quickie wedding. The now-exes quietly got married in Sept. 2008, just four months after the actor popped the question. Unfortunately, their flawless looks weren’t enough to keep them together, and they separated in Dec. 2010, with the divorce finalized seven months later.

Quick Celebrity Engagements: The Couples That Made It Work

Don’t worry, though…there’s been some success in the short engagement world, too! Tom Brady, 37, put a ring on Gisele Bundchen, 34, in Jan. 2009 and wed just over one month later on Feb. 26, 2009. Six years later, these two still can’t seem to get enough of each other — and we love every second of it!

And, hey, things are still working out pretty well for George Clooney, 53, and his wife Amal Alamuddin, 37. After begin one of the World’s Most Eligible Bachelors for years, George proposed to Amal in April 2014, just five months before their extravagant Italian wedding.

Click through our gallery to see which other celebs had short engagements! And tell us, HollywoodLifers — do you think Nikki and Ian will last?