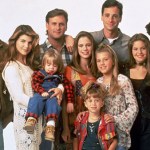 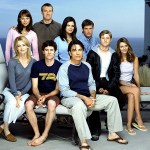 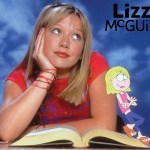 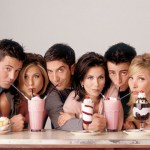 With the news that ‘Full House’ is getting a Netflix reboot, HollywoodLife.com has come up with a list of other amazing shows that deserve to get a second chance on TV!

We’re living in an era of reboots and remakes, so anything is possible on TV. Movies like Spider-Man and Fantastic Four are getting the big-screen revamp while classic TV shows like Full House and Arrested Development have been given new life on Netflix. Here’s our list of TV shows that should definitely get the reboot.

Ten years after going off the air, Full House is back with a twist. Fuller House will be premiering on Netflix, starring DJ (Candace Cameron-Bure), Kimmy (Andrea Barber) and Stephanie (Jodie Sweetin). And, hey, there’s still the possibility that the Olsen twins could cameo. Since the news was announced, everyone’s been thinking of other shows that could possibly get the reboot. Here’s our list:

Who doesn’t want to take a trip back to Newport? Catching up with Ryan (Ben McKenzie), Seth (Adam Brody) and Summer (Rachel Bilson) would be the greatest. Ryan and Seth making their way through Newport as the hot new dads in town? It. Would. Be. Epic. Plus, who doesn’t want another chance to experience a Cohen Chrismukkah?

Yeah, we got the movie we deserved, but the film set up a reboot of the gone-too-soon series perfectly! Veronica (Kristen Bell) and Mac (Tina Majorino) as a permanent team? We can’t think of anything better.

Hey, if Boy Meets World can get a reboot, then anything is possible. The last time we saw Lizzie (Hilary Duff) and the gang was the 2003 Lizzie McGuire Movie. We’re all desperate to find out if Lizzie ended up with Gordo. C’mon, Disney. Make it happen!

The Stevens family was one of the funniest and most dysfunctional families on TV. Honestly, we’d just watch to see how the very serious Shia would take on Louis Stevens again.

This would never happen, but fans can dream, right?

Come on! You know this would be epic! Seeing how Will Smith and the Banks family ended up would be one fun show to watch. There would be a hint of sadness since James Avery passed away, but we know he would praise a Fresh Prince reunion as much as the next person.

Sabrina was the girl we all wanted to be — she was a witch for crying out loud! Our favorite sorceress got her happy ending, but we can’t help but wonder how Sabrina (Melissa Joan Hart) and Harvey (Nate Richert) are faring these days.

HollywoodLifers, which of these shows do you think should be revived? Do you have other ideas? Let us know!