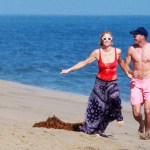 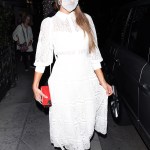 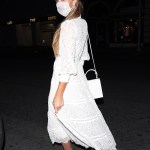 RIP Tinkerbell. Paris Hilton’s beloved O.G. purse pooch sadly passed away on April 21, at the age of 72 dog years. Paris announced the sad news over Instagram saying her ‘heart is broken’ — grab a tissue before reading!

It’s a sad day for Paris Hilton, 34, as she lost one of her best companions who’s been with her for 14 years. Tinkerbell, Paris’ beloved chihuahua who was her original purse dog, passed away on April 21 from old age. While we dry our eyes, Paris has been honoring her late pooch over Instagram in a series of sweet pics.

Tinkerbell lived a long and fulfilled life for a pooch! She was spoiled by Paris’ tender affections, and rarely left her side. That’s surely a bond Paris will never forget.

The fashion icon announced the sad news of Tink passing away from old age over Instagram, adding how her “heart is broken”. Excuse us while we grab another tissue!

My heart is broken💔 I am so sad & devastated. 😖 After 14 amazing years together my baby Tinkerbell has passed away of old age. 😭 I feel like I've lost a member of my family. She was such a special & incredible soul. We went through so much together. I can't believe she's gone. I will miss her & think about her for the rest of my life. I love you Tinky, you are a Legend & will never be forgotten. 👑🐺👑 #RIPTinkerbell 🙏

Our hearts are breaking! Additionally, she’s looking back at the “exciting” and “luxurious” life Tinkerbell had. We have to say, Tinkerbell sure lived the high life with Paris, traveling all around the world with her!

In honor & memory of Tinkerbell I'm dedicating my Instagram page to her today. ❤️🐺 I hope you enjoy the memories of my sweet angel👼 We've been through so much together. She lived a long, beautiful, luxurious & exciting life. #RIPTinkerbell 🙏

Paris has had one heck of a journey with Tink ever since ordering her from an online breeding company in 2002. Paris is now the proud owner of nearly 2 dozen other dogs, according to TMZ, but Tink was her first ever dog.

In 2004, Tinkerbell was robbed from Paris’ home after a series of burglaries, but 6 days later she was returned after Paris offered a $5,000 reward.

Clearly, Tink was very special to Paris and her fans! May she rest easy in dog heaven — she will be missed by many!

HollywoodLifers, give your condolences to Paris in the comments below and share your favorite Tinkerbell memories to carry on her legacy.