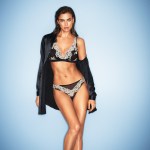 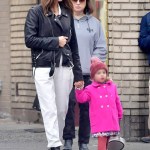 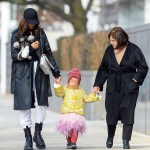 Justin was one heck of a ladies man during Coachella! Justin and VS model Irina Shayk were super flirty and had major sparks flying between them during a Coachella after-party, HollywoodLife.com learned EXCLUSIVELY. Could there be a hot new romance in the works?

Justin is a ladies magnet, which he proved to be true at an ultra-exclusive Coachella after-party!

“Biebs was surrounded by all the Victoria’s Secret models. It was like a line of angels outside his cabana,” an insider tells HollywoodLife.com EXCLUSIVELY, adding that he flirted with most of the “newbies.”

However, he had his eye on Irina for most of the night and our insider says “she was flirting with Justin all night.” It sounds like the attraction was definitely mutual, which makes us wonder if there could be a hot new romance in the works!

Irina, who is Cristiano Ronaldo’s ex, is just yet another super sexy lady to add to the list of women Justin was partying with at Coachella. He also hung out with his longtime friend Yovanna Ventura, 18, and they looked like they had a ton of fun in cozy pics! Meanwhile, he was glued to Kendall and Hailey’s sides, however, they were not so adamant on hooking up with him!

This is not Justin’s first rendezvous with a Victoria’s Secret model. He infamously flirted with Miranda Kerr, and as rumor had it, Justin and Miranda’s friendship split her marriage to Orlando Bloom. Of course, Orlando took a swing at Justin at an Ibiza restaurant! Justin definitely has a history with VS models.

Justin Bieber Removed From Drake Coachella Concert: No Hard Feelings At After Party

The Coachella after-party he attended comes right after Justin was allegedly removed from Drake’s concert where he was placed in a chokehold. Luckily, there’s no bad blood between Justin and Drake, and Justin even owned up to the incident!

“Justin apologized to Drake for not seeing his set and told him why. They actually laughed and were bro-ing out the whole time,” an insider told us EXCLUSIVELY. “Justin then left Drake without letting the incident bother him. He just hung out with girls all night!”

We’re glad Justin was able to shake that off and enjoyed some sexy time with Irina!

What do YOU think, HollywoodLifers? Do you like Justin and Irina together? Sound off below!