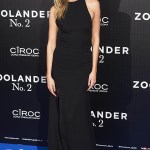 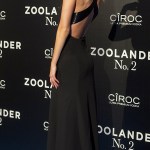 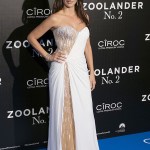 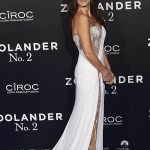 Kristen, is that you? The ‘Bridesmaids’ star underwent an incredible transformation for her role in ‘Zoolander 2.’ We barely recognize her! See the PIC!

Now that’s getting into character! When we first saw the pictures of Kristen Wiig, 41, filming a scene for Zoolander 2, we couldn’t believe it was her. With a wacky wig, insane outfit and plumped out lips, Kristen is getting crazier and more hilarious than ever in order play her character in the highly-anticipated sequel.

Kristen was spotted filming a scene on April 1 in Rome, JustJared reports. The Kristen we know and love was hidden under a layer of spray tan, fierce eye makeup and a serious plump pout. Don’t even get us started on that jaw-dropping wig. Kristen’s hair is dolled up in a caret or “an upside-down V.”

Why is her hair like that? Well, beauty doesn’t always have to make sense. However, Kristen’s look makes us want to see this movie even more. The fashions in the first Zoolander were so outrageous! It’s great to see they’re taking it up a notch for the sequel.

We don’t know who Kristen Wiig’s character is yet, but JustJared it’s reporting is only a cameo. After that transformation to get into character, we hope Kristen gets a lot of screen time.

Ben Stiller, Owen Wilson and Will Ferrell are all set to reprise their roles from the first movie. Right now, we only know that the movie involves Derek and Hans modeling again, and an evil company wants them out of fashion FOREVER! Is it possible that Kristen’s character is the new Mugatu!? Gasp! We can only hope.

We may be a year away from Zoolander 2‘s 2016 release, but Derek and Hans are staying in the public eye. The two stars hit up 2015’s Paris Fashion Week looking FABULOUS as always. These two are so fashionable, they even made camouflage look good.

Are you excited for Zoolander 2, HollywoodLifers? Who do you think Kristen is playing? Let us know!