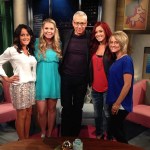 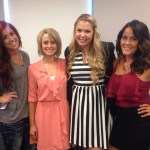 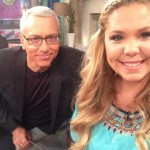 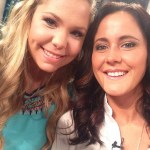 Teen Mom 2’s Adam Lind reportedly underwent a vasectomy because he doesn’t want anymore kids. The MTV bad boy doesn’t have the chance to make another girl his baby mama – and guess who couldn’t be happier about it? His ex and mom of his first child, Chelsea Houska!

Teen Mom 2 star Chelsea Houska, 23, has a reason to celebrate – and it’s because her ex, Adam Lind, 23, won’t be able to include her in on anymore baby mama drama! After having his daughter, Aubree, 5, with Chelsea unplanned in 2009, Adam got his ex Taylor Halbur pregnant with their now eighteen-month-old daughter Paislee in 2013. Now, Adam doesn’t have a chance to have another baby — which is a major relief for Chelsea.

Adam got a vasectomy recently because he realized he didn’t want any more children.

“Chelsea wanted to laugh when she heard about Adam’s vasectomy. She didn’t believe it at first, but once she realized he actually had done it, she thought it was probably one of the wisest decisions Adam has ever made!” a source close to Chelsea tells HollywoodLife.com EXCLUSIVELY.

We can’t agree more with Chelsea! Adam hasn’t always made great decisions — especially when it comes to being a good dad to his little girl, Aubree.

“Chelsea feels a sense of relief knowing that Aubree, won’t ever have the opportunity to get to know another half-sibling,” the source continues. “She gets that Aubree and Paislee will always have  a relationship because they’re sisters. Chelsea finds it to be such a headache dealing with Adam’s other baby mama Taylor, when she she has to. She’s happy she can’t be put in that predicament ever again.”

Anyway, Adam Is So Yesterday

Although Teen Mom 2 fans haven’t met Chelsea’s new beau Cole DeBoer, she can’t wait for everyone to see how far she’s moved on from Adam.

“Until this, Chelsea has barely even thought about Adam,” the pal says. “Chelsea is so over him. Ever since she started dating her boyfriend Cole last year, she’s fallen head over heels in love. She’s so happy with Cole because he treats her right.”

Good for Chelsea! She deserves someone who respects her.

Tell us HollywoodLifers — do you think Chelsea can breathe easier now?