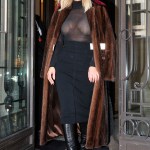 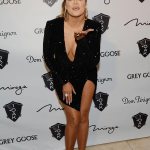 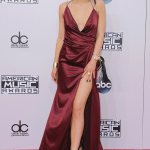 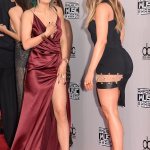 Khloe Kardashian, 30, just can’t make up her mind about her husband, Lamar Odom, 35. The two have stalled on whether or not they’ll continue with their marriage or if they’ll finally get divorced. We know how Khloe feels, thanks to a HollywoodLife.com EXCLUSIVE – and turns out, she’s waiting for Lamar to make the first move!

“She’s stuck in the ‘unknown’ stage,” a source EXCLUSIVELY tells HollywoodLife.com. “She doesn’t know what the future holds for her and Lamar. She can’t make her mind up on how to proceed with her marriage.”

The source says this explains why Khloe posted a recent message of “being empty” to her Instagram. This follows the other messages she has sent out online, all seemingly for her estranged husband. It turns out Khloe is waiting for Lamar to respond — and in a big way!

“She’d much rather him do something completely grand and spontaneous,” the source claims. So, while Khloe is spending time with French Montana, she’s really waiting for Lamar to step in! The source adds that while Khloe still loves her estranged husband, she’s also “scared to give him all her heart again.”

These conflicting emotions are why, the source claims, she can’t make up her mind over how to proceed with the marriage. An indication of how Lamar thinks would likely help Khloe decide. Until then, she’ll just have to keep sending out messages in hopes for a reply.

Not all of Khloe’s Instagram messages have been about sadness over her husband. Khloe recent wished her brother, Robert Kardashian, a very happy birthday in a touching message that read:

“Never will I ever meet another man as great as you! I know this is the year where you will find your happiness again! I will be right by your side, holding your hand, every step of the way!!! I adore you my one and only brother!!”

So what do you think, HollywoodLifers? Should Lamar give Khloe a big romantic gesture? What would that be — flowers? Fireworks?