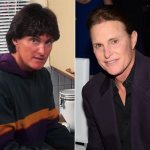 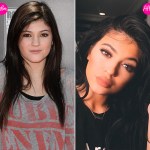 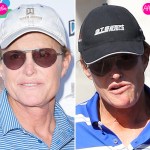 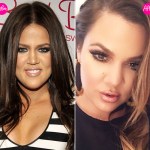 Sephora teamed up with Kat Von D to sell a lust worthy lipstick, but after selling a shade called ‘Underage Red,’ their collaboration has become quite controversial. Is the beauty giant and famed tattoo artist promoting underage promiscuity with this risqué red lipstick?

Things haven’t been looking so pretty for Sephora. Since the debut of a lipstick, “Underage Red”, from Kat Von D‘s line, customers have been taking to Twitter to share their outrage. So how did the name of a lipstick become the center of a beauty battle? We’re just blushing thinking about this!

Kat Von D, 33, may have been a notorious bad gal and tattoo artist on LA Ink, but shoppers are outraged that Sephora has pushed the envelope with their branding.

As more people learned about “Underage Red”, which is described as a “matte fire engine red” and “cult favorite” on the Sephora website, shoppers started to buzz about the beauty brand.

Customers shared their disapproval of the controversial name on Twitter:

#Sephora I don’t think a single woman over 20 would buy a lipstick named #UnderAgeRed in a world where a thing such as rape culture exists.

When the name of a lipstick offends you it’s time to look in the mirror and find your real problems. #underagered

Will Sephora Pull The Shade Or Keep Selling It?

This is not the first time that Sephora has experienced backlash about the name of one of its beauty products. Back in Nov. 2013, the cosmetic company experienced a similar controversy for releasing another Kat Von D lipstick called “Celebutard”.

Sephora issued an apology during this marketing mishap and pulled the product after it outraged shoppers.

“It has come to our attention that the name of one shade of a lipstick we carry has caused offense to some of our clients and others. We are deeply sorry for that, and we have ceased sale of that shade both in our stores and online,” stated Sephora on Nov. 6, 2013 according to CTV.

Well, if history is any indication, than maybe beauty collectors should stock up on “Underage Red” before they have to kiss this product goodbye!

HollywoodLifers, should Sephora listen to the critics and get rid of “Underage Red” or should they keep it!? Let us know!