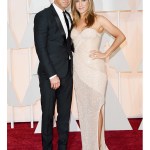 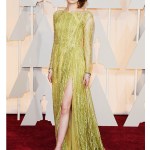 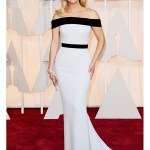 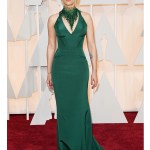 Although Emma Stone was surrounded by her ‘Birdman’ cast at the 2015 Oscars, there was one guy in particular who was missing — her boyfriend, Andrew Garfield. But does this mean their relationship is in trouble? HollywoodLife.com has learned exclusively that that’s not the case.

Emma Stone, 26, attended the 2015 Oscars on Feb. 22 with a stunning date, but it wasn’t her boyfriend, Andrew Garfield, 31. Instead, the famous redhead brought along her mom to the show. HollywoodLife.com has exclusively learned that Andrew wanted the night to be about Emma — NOT their relationship.

The Oscars is a big night for Hollywood stars, and this year Emma was one of them. The young actress was up for Best Supporting Actress for her role in Birdman, but her number one man wasn’t in attendance.

“Andrew takes things way too seriously and he changed his mind in joining Emma last minute because he told her that he wanted it to be about her,” the inside source told HollywoodLife.com exclusively. “He wanted the night to be about Birdman and just the film and all that surrounds it, not their relationship.”

We can understand where Andrew is coming from, but maybe he did take this a bit too seriously.

“Surprisingly she is actually OK with the decision because she told him that she wasn’t going to win anyways so he shouldn’t worry for her to join,” the source stated.

“They want to protect their relationship and not be a couple in public so they both decided that it was better off this way during Oscar night. If Emma thought she had a chance to win, then things would be a completely different story, but she let Andrew do his own thing during the Oscars,” the insider told HollywoodLife.com. “They have no drama with each other so people shouldn’t think of this as a snub.”

If Emma and Andrew want to keep their relationship private, they have every right to. Regardless, it seems they both made the decision together and there are no ill feelings about it.

Emma Was Just Happy To Even Be Nominated

Sadly, Emma didn’t take home the Oscar statuette, but she was without a doubt excited to even be nominated for her role.

“Well, this is surreal… Thank you to the Academy for this incredible honor,” she said in a press statement according to ABC News. “I am very proud and lucky to be a part of ‘Birdman’ and can’t believe it came to this. I am so f***ing excited. Are you allowed to say f*** when you’re making a statement for the Oscars? I’m just really f***ing excited.”

She should be proud, she was fantastic in Birdman and deserved to be amongst the other talented women.

What do YOU think, HollywoodLifers, will Emma and Andrew continue to keep their relationship out of the public eye? Let us know your thoughts!