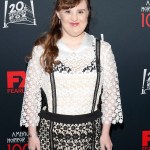 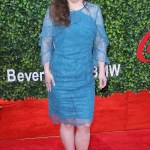 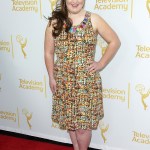 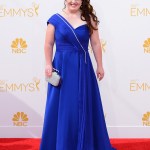 Congrats, Jamie! The ‘American Horror Story’ actress will model designs by Carrie Hammer during New York Fashion Week, and will be the first model with Down syndrome to grace the runway.

Jamie Brewer, you’re a rockstar! The actress will be strutting her stuff as part of Carrie Hammer‘s “Role Models Not Runway Models” during New York Fashion Week. Jamie will be modeling original designs by Carrie during one of fashion’s most prominent events, and there’s no one better to model the clothes than her!

Jamie Brewer: Model With Down Syndrome Will Be NYFW’s First

Even though this will be Jamie’s first time in the catwalk, she’s a seasoned actress who’s appeared in three seasons of American Horror Story. Jamie is incredibly active in the Down syndrome community, which is what drew Carrie to pick her, according to USA Today.

Carrie started her campaign a year ago, when she showed her first line at Fashion Week. The designer uses her clients to model her clothes, representing powerful women who don’t necessarily fit traditional beauty stands.

That’s exactly what prompted Carrie to choose Jamie to model for her. She received a touching email from Katie Driscoll, who started the organization called “Changing the Face of Beauty”, and encouraged her to put an inspiring woman with a disability on the runway.

So what can we expect Jamie to wear?

“‘American Horror Story’ is dark, scary, bewitching so we had to go with black and Jamie has a beautiful body with a teeny waist and curves and we went with an A-line,” Carrie says. The dress is also special for another reason—Hammer hopes that First Lady Michelle Obama will wear it.

Jamie is incredibly active in the Down syndrome community and is a wonderful role model to all. She’s involved in tons of non-profits including the National Down Syndrome Congress and American Association of People with Disabilities of the United States.

Jamie couldn’t be more thrilled to have landed her first modeling gig at NYFW!

“Young girls and even young women … [see me] and say ‘hey, if she can do it so can I,’” Jamie says. “It’s a true inspiration being a role model for any young women to [encourage them] in being who they are and showing who they are.”

What do YOU think, HollywoodLifers? Are you excited to see Jamie on the runway at New York Fashion Week? Tell us your thoughts below!