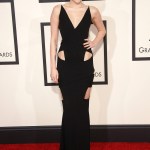 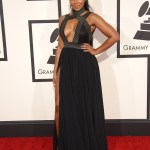 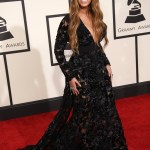 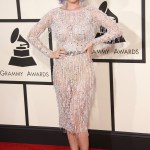 Taylor isn’t going to be making nice with Katy and John at the Grammys. HollywoodLife.com has learned EXCLUSIVELY that Taylor is so ‘worried’ about having a run-in with her frenemy and ex.

The Grammys drama is already heating up, and the show hasn’t even started yet! HollywoodLife.com has found out EXCLUSIVELY that Taylor Swift, 25, is “anxious” about having an “awkward bump-in” with the newly reunited Katy Perry, 29, and John Mayer, 37, after his cruel diss towards her on The Late Late Show. Yikes. So much tension!

“John was right, she will be avoiding him at the Grammys — him and Katy,” our source said. “She’s worried about having an awkward bump-in with him and Katy. It’s too bad because this is making her anxious about the awards when she should be enjoying every second. It’s just mean.”

Taylor Swift & Katy Perry: How They Avoided Each Other At Grammys After Party

Aw, poor Taylor! She shouldn’t have to worry about such an uncomfortable possibility. There’s a lot of celebrities attending the Grammys, so it should be easy to get lost in the shuffle on the red carpet. However, Taylor and Katy are sitting very close to each other in the audience.

As all Swifties likely saw on the Feb. 6 episode of The Late Late Show, John said he would be doing what he does best at the Grammys — avoiding Taylor.

It was a pretty cheap dig at the “Blank Space” singer. The crooner and Taylor are known for being exes, and John has recently gotten back together with her main frenemy, who just so happens to have dissed Taylor at the 2015 Super Bowl!

Can’t we all just get along? Or just shake it off?

Taylor was furious over the latest diss. At this point, Taylor is feeling “bullied” by John.

“Taylor’s sure John did that for Katy, everyone knows they love to hate on Taylor together,” our source said. “Taylor feels like she’s being bullied, but she’s a strong girl she’ll get through it.”

Well, the 2015 Grammys should be one interesting night.

HollywoodLifers, do you think Taylor will have an awkward run-in with Katy and John or will they steer clear? Let us know!