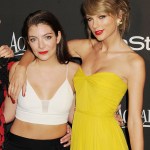 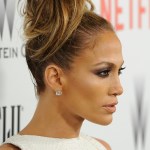 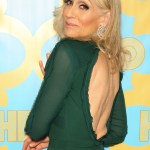 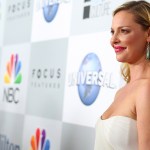 Taylor suffered a ‘mini meltdown’ at a Golden Globes after party after spotting ex Jake dancing only steps away! The ‘Blank Space’ singer panicked when she saw her ex at the same star-studded shindig at Hollywood hotspot Chateau Marmont on Jan. 11.

Taylor Swift always seems to find some drama when it comes to men. The 25-year-old hit maker reportedly had a “Mini meltdown” when she came within a few feet of her ex Jake Gyllenhaal, 34, at Tina Fey and Amy Poehler’s annual Golden Globes after party. Here is what we know!

Poor Taylor. The singer got so flustered after spotting Jake busting his moves with a number of beautiful women at Tina and Amy’s Golden Globes after party, she needed her gal pals to console her, according to a report by US Weekly.

The Nightcrawler star famously romanced Taylor for about two months in the fall of 2011, before ending the relationship over the Christmas holidays — breaking her heart in the process. But everything was supposed to be cool between them. Or so we thought.

According to the eyewitness, Jake spent much of the night on the dance floor where he was  surrounded by beautiful women including Rita Ora and Malin Ackerman, while Taylor did her best to avoid him.

But moments after 2:00 a.m., Taylor freaked out and needed her friends support.

“She wasn’t dancing,” says the eyewitness. “But I saw her grab her friend’s hand and repeat, ‘We have to go. We have to go.'”

The source says that T-Swift dashed off and on the dance floor a number of times before having a girl pow wow with several pals including Cara Delevingne, Dakota Johnson, and…Rita Ora.

“The four girls were together and Taylor was having a mini meltdown,” the eyewitness reveals. “Cara’s arm was around Taylor, calming her down as Rita looked on. They were talking extremely closely.”

It must have been an exhausting night for Taylor who narrowly avoided an awkward encounter with Jake only hours earlier at the Weinstein and Netflix Golden Globes bash at the Beverly Hilton.

“Taylor was sitting on a couch with her girls and Harvey Weinstein,” an insider tells HollywoodLife.com EXCLUSIVELY. “They were having a great time when Harvey spotted Jake and tried calling him over to the table. Fortunately, Jake was engrossed in a conversation and didn’t hear, but you could see Taylor stiffen up. She gathered her pals and headed to another party shortly after that!”

In typical Taylor fashion, she used her heartbreak over Jake to fuel her creativity, reportedly writing most of her Red album about him including the song “We Are Never Ever Getting Back Together”. And that certainly seems to be true the way she’s acting.