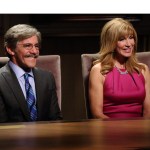 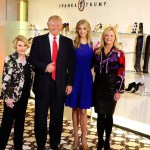 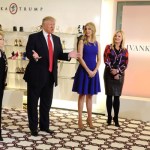 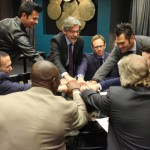 Season 14 of ‘The Celebrity Apprentice’ is underway and there will be no shortage of drama! HollywoodLife.com spoke exclusively to ‘RHOA’ star, Kenya Moore who previewed a serious feud coming!

The Celebrity Apprentice returns to TV this Sunday, and we cannot wait to see all the cat-fighting go down! Kenya Moore exclusively spoke to HollywoodLife.com and revealed that there’s one person who she can’t stand, and that’s Brandi Glanville. The claws are out!

“She’s out of her league with me. I don’t talk to her,” Kenya told us, adding that when it comes to competitions, she doesn’t have a chance against all of the other competition.

However, we see that they do in fact talk and bicker! Andy Cohen has to pull them apart in the photo above!

Kenya told us that “they should just all be excited” to compete with her — and they definitely should be! This cast, stocked with Kevin Jonas, Vivica A. Fox and Johnny Damon, are definitely going to have their word cut out for them!

Kenya Talks ‘Special Skillset’ That Will Help Her Win

“I’m a producer, I produce film. I organize people, I hire people, I have a set of 30 or 40, 50 people at a time that I hire everyone on set,” she told us, explaining why she thinks she has what it takes to win it all.

“I develop, I create and I produce, so those are all a very special skillset, especially when you are producing independent films because you don’t have a studio behind you,” she added. But will she be able to take on other reality royalty like Brandi and Kate Gosselin? Well, that we’ll see.

The Celebrity Apprentice airs Jan. 4 at 9PM ET on NBC! Do you think Kenya will win?