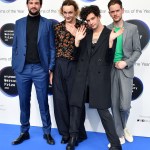 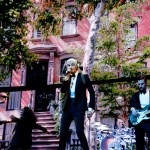 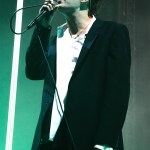 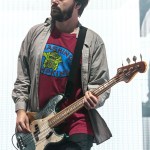 Looks like the lead singer of The 1975 has no problem at all showing his affection for Taylor in public. In fact, the British rocker even dedicated the romantic song ‘Falling for you’ at his N.Y.C concert on Dec. 4 to his new girlfriend, HollywoodLife.com EXCLUSIVELY reports.

Taylor Swift, 24, was all smiles at The 1975’concert at Terminal 5 in New York City on Dec. 4. As HollywoodLife.com already revealed to you, the two singers have been secretly dating each other for the past two months and now Matt Healy, 25, wants the whole world to know about their love affair. During the concert Matty dedicated his love song, “Falling For You,” to her!

If Taylor was looking for a romantic guy in Matt, she certainly found one!

“Taylor was in the VIP section with Karlie (Kloss). During the concert Matty dedicated ‘Falling For You’ to her. There were some boos from the audience, but Taylor was giggling like a school girl,” an insider tells HollywoodLife.com EXCLUSIVELY.

These are just some of the romantic lyrics from the song:

As Hollywoodlife.com previously reported, Taylor is thrilled that she has two hot guys pining for her, and that ‘s making Harry Styles jealous!

“Taylor is in the perfect position because she’s so desirable. The fact that she’s involved with Matt makes Harry more attracted to her and vice versa. She’s definitely in the power position,” an insider told us EXCLUSIVELY.

What do YOU think HollywoodLifers, was it romantic that Matt dedicated the song ‘Falling For You’ to Taylor during his concert? Do YOU think Taylor was totally flattered?