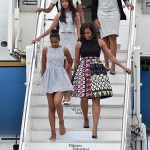 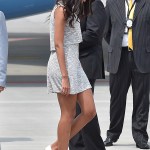 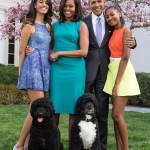 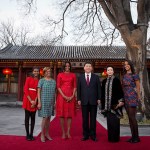 After cruelly dissing Sasha and Malia Obama for their fashion choices and attitudes at President Obama’s Thanksgiving speech on Nov. 27, Elizabeth Lauten issued a public apology, but she ultimately can’t take back her harsh words.

Words can hurt, that’s for sure. GOP staffer Elizabeth Lauten attacked Sasha, 13, and Malia Obama, 16, as classless teenagers in a shocking Facebook post after their appearance at dad President Obama’s annual Thanksgiving pardon. After massive public backlash, Elizabeth wrote a Facebook apology to the young girls and said she realized how “hurtful” her words were. However, the apology may be a little too late for Elizabeth.

Once Elizabeth, who is the communications director for Rep. Stephen Fincher of Tennessee and former media director for the Republican National Committee, posted the cruel bashing of the First Daughters on Facebook, she was hit with major criticism.

Just hours after she shared her harsh thoughts, she wrote a Facebook apology.

I wanted to take a moment and apologize for a post I made on Facebook earlier today judging Sasha and Malia Obama at the annual White House turkey pardoning ceremony. When I first posted on Facebook I reacted to an article and I quickly judged the two young ladies in a way that I would never have wanted to be judged myself as a teenager. After many hours of prayer, talking to my parents, and re-reading my words online I can see more clearly just how hurtful my words were. Please know, my judgmental feelings truly have no place in my heart. Furthermore, I’d like to apologize to all of those who I have hurt and offended with my words, and I pledge to learn and grow (and I assure you I have) from this experience.

Elizabeth’s words were incredibly harsh. She took aim at their facial expressions during the speech and told them to “at least respect the part you play.”

She also bashed Sasha and Malia for how they dressed for the occasion. “Dress like you deserve respect, not a spot at a bar,” Elizabeth wrote in her initial post.

Malia was wearing a very traditional outfit and one suitable for a First Daughter. She wore a grey sweater and plaid skirt. Sasha wore a short burgundy dress with a cream cardigan over top of it.

We’re glad Elizabeth decided to apologize to the First Daughters. Her reaction was completely uncalled for. The Obama family has yet to comment on the matter.

HollywoodLifers, do you think Sasha and Malia should accept her apology? Let us know.