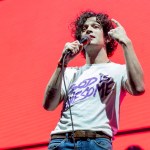 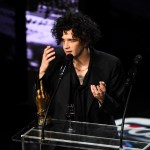 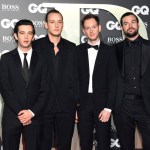 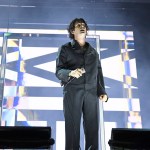 Things may finally be sizzling up in Tay’s romantic life! Taylor has been very private about her usually open love life, but her rumored love interest Matt Healy spilled the beans on what their relationship is!

Taylor Swift, 24, has seemingly taken herself out of the dating pool to focus on her music, but she may be back in that pool after all! Taylor has spending time with British hunk Matt Healy, 25, from indie rock bank The 1975, leading us to think a romance may be brewing! Matt opened up in an interview with Australian radio show Shazam Top 20 and addressed his relationship with Taylor. Here’s what he had to say!

It seems like sparks are flying in the very early stages between Tay and Matt. “We exchanged numbers. Let’s see what happens, she’s a sensation,” Matt revealed in the interview according to the Daily Mail.

Clearly Matt has very high respect for Taylor to call her a “sensation!” We know it’s just the early stages and as Matt said, we have to see what happens, but we can’t help but feel so happy for Taylor! It’s about time she has a man in her life, who’s a little older and wiser than some of the boys she’s dated. (Ahem, Harry Styles.)

Taylor Swift & Matt Healy: Their Sweet Matching Messages To Each Other

Taylor was also spotted backstage with Matt and the band getting very cozy!

Taylor and Matt clearly are very supportive of each other, too. Taylor was spotted wearing his band’s tee along with going to The 1975 concert on Nov. 19 in Los Angeles. Matt even wore a 1989 shirt during one of his concerts to support Taylor — so sweet! Plus, it’s no secret that Taylor loves British hunks.

Harry and Taylor hung out together while seeing Matt’s band perform live at The Palladium in Los Angeles on Nov. 19. A little bit awkward if you ask us, but if they’re comfortable with it then that’s what matters!

Taylor and Harry even went backstage to hang out with Matt, too! Haylor fans may have to put their dreams aside for now though, because Taylor and Harry are just friends. However, it looks like Taylor might have scored a hot, new British hunk!

What do YOU think, HollywoodLifers? Do you think Taylor and Matt should date? Who do you like better, Matt or Harry?