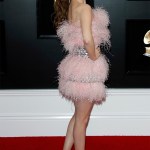 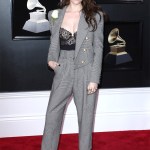 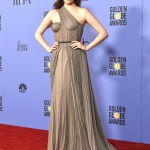 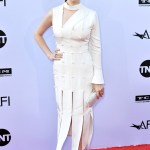 The pitch is back! Anna Kendrick and the rest of the Barden Bellas are back together in the first trailer for ‘Pitch Perfect 2,’ and they are ready to pitch slap their aca-competition all over the globe. Click to WATCH!

Anna Kendrick, 29, reprises her role as Beca Mitchell in Pitch Perfect 2, the moody but super talented Barden University student who brought the Barden Bellas to victory in 2012’s sleeper hit, Pitch Perfect. Now in her senior year at BU, will Beca be able to lead the Bellas, including Chloe (Brittany Snow) and Fat Amy (Rebel Wilson), to one more championship — the world championship — before they all graduate?

The Barden Bellas are back, but are they better than ever?

In the first trailer for the highly anticipated sequel, Beca, Chloe, Fat Amy and the group head to the world championship to take on way more than The Treblemakers.

There are two new faces in the group this time around, portrayed by Hailee Steinfeld and Teen Beach Movie‘s Chrissie Fit who tells HollywoodLife.com exclusively, “there are so many cool fun surprises and really cool cameos in the second part.”

And yes, EVERYONE is back for the film, including Ben Platt as Benji and Anna Camp as Aubrey!

If you saw the first film, than you know that producer Elizabeth Banks made a hilarious appearance as Gail Abernathy — a former a cappella singer-turned-competition host.

For the second film, Elizabeth not only reprises her role, but she also directed the returning stars to ensure that the sequel was done properly.

“I still want to bring as much laughter and humor and joyfulness and great music to the franchise that I can,” the first-time director told the Huffington Post in Feb. 2012, just a couple of months before filming started in Baton Rouge, Louisiana.

But will there be another multi-platinum hit like “Cups,” which was sung by Anna’s character in the first film for her Bellas audition?

“’Cups’ was like lightning in a bottle. It was a really authentic phenomenon that came from people through enjoyment and love of the movie,” she told Yahoo! about the sequel. “If something comes of [the singing and dancing] on the level of ‘Cups,’ that would be incredible but, of course, our expectation is just to go out and make a good movie.”

I guess we’ll have to wait and see what kind of hits the Bellas pump out this time!

Are you as excited as I am for some more a cappella goodness? If you are then get ready, because Pitch Perfect 2 hits theaters on May 15, 2015!

HollywoodLifers — Will you be seeing Pitch Perfect 2 in theaters when it comes out? What’s your favorite part of the trailer? Comment below to let us know!