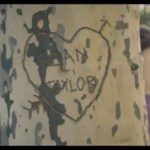 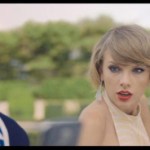 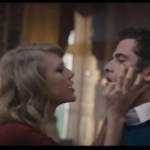 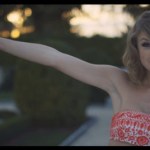 Taylor famously wrote ‘I Knew You Were Trouble’ about her ex, Harry Styles. But apparently, she still hasn’t learned her lesson because she’s gearing up for another round with the 1D hottie, HollywoodLife.com has EXCLUSIVELY learned.

Taylor Swift, 24, and Harry Styles, 20, are talking again and although the pair have reportedly “become pals,” a source reveals EXCLUSIVELY to HollywoodLife.com that the 1989 beauty already “analyzes every word he says.”  And that’s not the only sign, suggesting she’s falling back into trouble with the British babe.

Harry and Taylor had a very messy split in 2013, but it’s almost 2015 and it looks like she may be ready to try again.

“Taylor is so excited that she and Harry are talking again. She was in love with him and he broke her heart — that’s why she hasn’t dated anyone since him. She still likes him. Taylor won’t admit it, but she’s not over Harry,” a source reveals EXCLUSIVELY to HollywoodLife.com.

“She practically does a happy dance whenever she hears from him. And she analyzes every word he says. She’s obsessing over him and finds a way to bring him up in every conversation, that’s why even her trainer knows they’re talking again,” our source adds.

We don’t blame Tay for bragging about Harry — we’re pretty sure we’d want to tell the world if he was calling us! But we hope she’s not getting too far ahead of herself. We’d hate to see her heartbroken all over again.

Harry Styles: What He Really Thinks About Reuniting With Taylor Swift

We know there are tons of fans that would be thrilled to see a Haylor 2.0, but at this point, it seems that only one half of the love pairing is open to trying again. According to a source close to Harry, the boy band hunk isn’t ready to be anything but friends with his ex-girlfriend.

“There’s not a chance in hell that Harry will date Taylor again. He’s a nice guy and wants to be friendly. He holds no grudges, but he doesn’t want to be in a relationship with Taylor again. It didn’t work out and wouldn’t work out if they tried it again. He knows that it would be a disaster,” a source tells HollywoodLife.com EXCLUSIVELY.

Yikes! We were really hoping these two would give love another chance! But what do YOU think, HollywoodLifers? Should Taylor and Harry try dating again? Let us know!