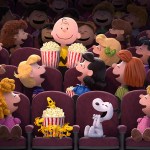 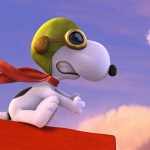 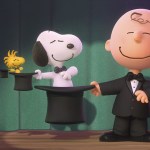 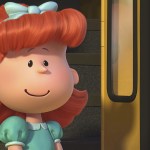 Leave it to Snoopy to leak the official ‘Peanuts Movie’ trailer 10 days ahead of schedule!  Although this silly pup may be in trouble with Charlie Brown, we are very grateful!

Good grief! Lovable beagle Snoopy is in the dog house after taking to social media to leak the first Peanuts Movie trailer — good dog! Sadly, we’ll have to wait until November 2015 to see all the antics Charlie Brown and the rest of the gang get into but at least we have this epic sneak peek for now!

Thanks to Snoopy, we get an early glimpse of the first official 3D CGI Peanuts Movie trailer. It doesn’t reveal too much, but it’s just enough to keep us glued to the screen.

Although the film is computer generated and extremely realistic, it still looks exactly like the comic and cartoons you know and love.

The clip kicks off with Snoopy in his usual spot sleeping atop his red dog house. But he isn’t alone — Woodstock and his mischievous friends are there to decorate for the holidays. The eager birds fill the entire yard with bright lights and decorations. So cute!

But then Snoopy suddenly wakes up, puts on his aviator hat and googles and prepares for an intense daydream adventure!

Snoopy’s Imagination Takes Us On An Adventure

We are then thrust into a realm where Snoopy is a pilot flying a red airplane over a very realistic looking Paris, France.

But just as we see him go through a thick cloud bank, his imaginary adventure comes to an end and he falls off his dog house — poor Snoopy!

The trailer comes to a close with an awkward Charlie Brown trying to find his seat at a movie theater and spilling his popcorn all over the place. What a blockhead!

Again, we have to thank Snoopy for getting us super excited for this flick! The Peanuts Movie is set to hit theaters in November 2015.

What do YOU think, HollywoodLifers, do you love the new trailer for The Peanuts Movie? Do you think Snoopy will ever get out of the dog house? Let us know!