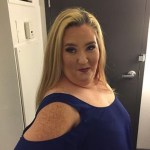 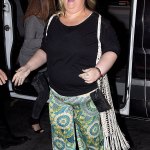 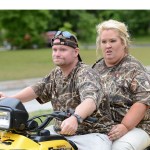 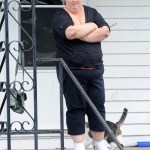 What sort of message is Mama June sending her daughter, Anna, by dating the man who molested her as a child? HollywoodLife.com spoke EXCLUSIVELY to multiple psychiatrists who weighed in on how this will affect their family.

Mama June, 35, has allegedly rekindled her romance with Mark McDaniel, 53, who was recently released from prison. The convicted child molester server 10 years in a Georgia prison, and it was later revealed that his 8-year-old victim was June’s oldest daughter, Anna Cardwell, who is now 20 years old.

In hopes of getting some insight into what is truly going on with the family of Honey Boo Boo, 9, HollywoodLife.com spoke to multiple well-known trusted psychiatrists for their expert opinions.

One of the most notable things HollywoodLife.com discovered while speaking to Carole Lieberman, M.D., is that if June is dating her daughter’s molester, Mark, she is sending a heartbreaking message to Anna.

“When their mom has chosen to continue a relationship with the molester, daughters also suffer a sense of worthlessness and suppressed rage,” Dr. Lieberman, who has not treated Mama June or Anna, explained.

“Daughters consider it the worst betrayal of all time for their mom to love a man who violated them.”

So sad. Our hearts go out to Mama June’s daughter, Anna, who has previously stated that she would be “hurt” if her mother was dating the man who acted so inappropriately with her when she was just a small child.

Mama June’s Daughters: How Will This Affect Her Other 3 Children?

As you might know by now, Anna is Mama June’s first daughter. She also has three other children who are still underage: Lauryn “Pumpkin” Shannon, 17, Jessica “Chubbs” Shannon, 15, and Alana “Honey Boo Boo” Thompson, 9.

When HollywoodLife.com consulted Los Angeles-based psychiatrist and host of Vh1’s Couples Therapy, Dr. Jenn Berman, she explained how this horrific situation could affect the other children if it turns out to be true.

“I think it puts them in a horrible position where they have to betray their sister in order to have a relationship with their mother. It’s horrible,” Dr. Berman explained.

Not only that, but, if she truly is dating Mark, Mama June is also sending a terrible message to the 3 underage children.

Mama June, along with her daughter Lauryn, continues to deny that she is seeing Mark again — despite the fact that they have been photographed multiple times since he was released from prison in March 2014.

Tell us, HollywoodLifers —  What do YOU think about this very uncomfortable situation? Do you think Mama June is really dating the offender? Let us know in the comments below.