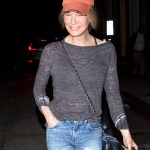 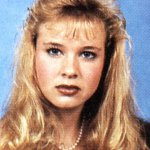 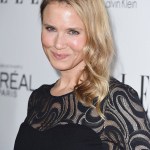 Renee attended Elle’s 21st Annual Women In Hollywood Awards, Oct. 20, and everyone immediately noticed that her signature plump cheeks were gone and her eyes seemed much more open. We spoke to three top experts who told us whether the ‘Chicago’ actress might have gone under the knife and you won’t believe what they had to say!

Renee Zellweger, 45, looked gorgeous when she stepped out at the prestigious Elle Women in Hollywood Awards but she almost looked unrecognizable. Many fans speculated on Twitter that perhaps she had a facelift, or too much Botox but we can tell you exactly what is going on.

Renee Zellweger: Did She Get Plastic Surgery? The Truth Behind Her New Face

“It looks to me as though Renee had a brow lift, eyelid lift, and a facelift,” she said. “The brow lift has raised her forehead too high and it looks like she may have even had hair transplants to bring her hairline down again because of the appearance of hairs at the hairline. The cheeks were made thinner with the facelift. The eye lift has given her a more sunken look than she normally had skin and fat were removed. The eyebrows are going straight across instead of normally arching which also gives her eyes an unusual look. This could be related to the brow lift and Botox.”

Renee Zellweger’s Reaction To What People Think Of Her Face: She Doesn’t Care

Dr. David Cangello, M.D., Director Of Plastic Surgery at the JUVA Skin, Laser and Plastic Surgery Center in NYC, also believes she had her upper eyelids done, and he believes that she had fillers in her cheeks.

“I think she actually looks much nicer now,” Dr. Lyle Back, Board Certified Philadelphia area plastic surgeon said. “She had an excellent facelift which has made her face much less puffy, rectangular and masculine appearing. Her face is more oval, elegant and feminine without an ‘over-pulled’ look. She has also had her eyes nicely done, losing the heavy, tired look around her eyes. A well designed, finessed nasal reshaping created a nice balance with the rest of her.”

Renee has been the subject of plastic surgery rumbling before. She actually spoke out about it to the U.K’s Daily Express in 2013:

“When you read reports that you are starving yourself or that you are anorexic it’s very unfair and disappointing,” she said. “It’s not very pleasant to read reports which say you’ve gone too far or this or that.”

HollywoodLifers, do you think Renee had plastic surgery?