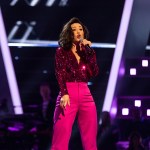 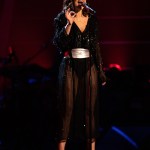 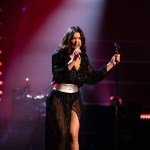 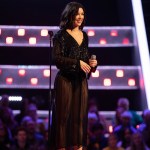 Meet the mother of Jude Law’s 5th child! Catherine Harding, better known as Cat Cavalli, has been revealed as the actor’s pregnant ex.

Jude Law, 41, is expecting his 5th child with singer/song-writer Cat Cavalli, who is 18 years his junior. The mother-to-be was originally referred to by her birth name, Catherine Harding, but is best known by her “artist” name on social media.

The young artist, who is just 5 years older than Jude’s eldest child, Rafferty, who is 18 years old. Wow!

According to the Daily Mail, Cat is approximately 5 months pregnant, and her short-lived fling with Jude occurred while he was filming an upcoming film, Spy, in the Czech Republic.

The couple reportedly spent a steamy 6 weeks together on location before going their separate ways.

Be sure to click into the gallery above to see more photos of Jude’s gorgeous ex-fling!

Cat Moved Into A New Home Near Jude, ‘Delighted’ Over Baby News

Even though this couple is no longer together, it appears as if they plan on co-parenting as much as possible.

The Mirror is reporting that Cat recently moved into a “plush” new house in the Hampstad area of North London, which is close to Jude’s home.

Friends of the singer/song-writer have also revealed that she is “delighted” about her baby with Jude. How sweet!

“Sadly they are no longer a couple but that they are both so determined that the baby will be loved very much by both his or her parents,” the source told the outlet.

Tell us, HollywoodLifers — What do YOU think about Jude’s ex-girlfriend, Cat? Do you think they’ll end up back together? Let us know your thoughts in the comments below!