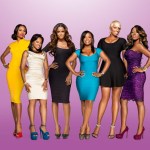 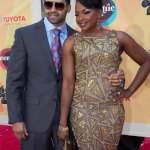 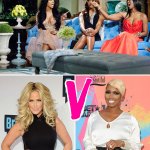 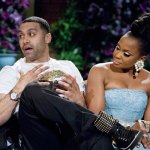 Phaedra didn’t waste one SECOND divorcing Apollo once he was behind bars, but why did she wait until then? Now HollywoodLife.com can tell you the EXCLUSIVE answer.

The door had barely closed on Apollo Nida‘s prison cell when Real Housewives of Atlanta star Phaedra Parks ran to her lawyers to divorce her estranged husband. And now, HollywoodLife.com has EXCLUSIVELY learned why the Donkey Booty creator waited until her ex was imprisoned before she waged her legal war.

Phaedra Parks’ Divorce From Apollo Nida: Why She Didn’t File During Prison Stay

A source close to the prominent Atlanta attorney tells HollywoodLife.com EXCLUSIVELY that Phaedra, 43, feared things could get a little out of hand if she were to begin divorce proceedings while Apollo, 35, was a free man.

“With all the drama and problems in Apollo’s life, he was off the chain, emotional and unpredictable, and she thought that if she presented him with divorce papers before he went into prison, it could have possibly had a very bad ending.”

Phaedra had always planned to divorce Apollo but she wanted to make certain she could do so safely, the source adds.

“To make sure nothing went wrong, she did what a southern lady would do. She waited until Apollo was in
captivity and proceeded with her plan to leave him.”

As HollywoodLife.com previously reported, Phaedra has already begun her exit strategy from her failed marriage with Apollo. A rep confirmed the situation to us exclusively saying, “Phaedra has retained an attorney with the intent of amicably ending her marriage.”

So HollywoodLifers, do you think Phaedra made the right decision for herself and for her children? Share your thoughts in the comments section below.