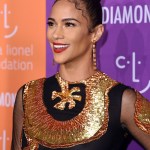 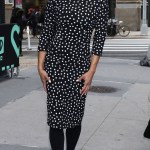 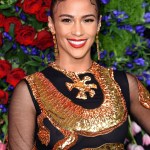 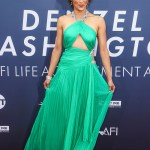 Sorry, Robin Thicke! Looks like your latest album, ‘Paula,’ failed on more levels than one. Not long after Paula Patton filed for divorce, a new report claims that she has moved in with new boyfriend Zak Waters.

Despite his many pleas, Paula Patton, 38, has totally and completely moved on from ex Robin Thicke, 37. Not only has she filed for divorce eight months after announcing their separation, but she has now moved on to a new man, according to a new report. Oh, and they’re living together.

Paula’s new flame is Zak Waters, a Los Angeles-based singer/songwriter. Well, she has a type! He’s pretty cute, and his music is even similar to Robin’s.

“Zak moved in with her a couple of weeks ago,” a source close to Paula revealed to Radar Online. “They are very happy together and he treats her how she deserves to be treated.”

The outlet goes on to report that the following Instagram posted by Zak, which he calls his “new home,” was indeed taken from inside Paula’s post-Robin pad:

While rumors of his alleged cheating persisted above all else, neither Paula nor Robin would confirm.

However, when Robin admitted a drug and alcohol problem during a deposition back in September, it became clear that his refusal to seek help for his addictions was one of the main reasons for Paula’s departure.

The two continue to co-parent 4-year-old Julian, but their days as a couple are long over.

When Robin named his last album Paula, his ex was fairly unmoved by his overtures which had, quite frankly, gotten a bit creepy. He even pleaded with her — in front of millions of people — to come back to him while performing at the BET Awards back in June. Yikes.

HollywoodLifers, what do you think about Paula moving in with a new man? Is she ready to move on, or is it a bit soon? Did you think she’d ever reunite with Robin? Let us know!