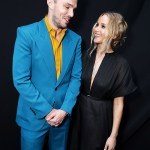 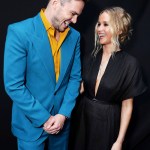 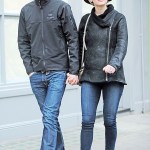 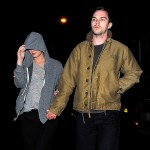 Awkward much? Nicholas Hoult and Jennifer Lawrence, recent exes and ‘X-Men’ co-stars, will reportedly be filming a sex scene together in the highly-anticipated ‘X-Men: Apocalypse’.

Looks like Mystique and Beast may be getting hot and heavy in X-Men: Apocalypse! Jennifer Lawrence, 24, and Nicholas Hoult, 24, will have to film a sex scene together in the 2016 film, according to a new report. Given their history and JLaw’s new relationship with Chris Martin, 37, will this make for one uncomfortable scene in front of the camera?

While extensive details about the X-Men: Apocalypse plot are not known, we do know that Jennifer and Nick’s characters will be getting closer in the next movie. Does this spell A-W-K-W-A-R-D for the co-stars and former lovers?

“Earlier this year that seemed like a great idea, but now they’ve split and it’s too late to rewrite the script,” according to The Sun. “They are very professional of course, and will make it work.”

“I think that the friendship between Erik and Charles, which has always been so integral to the franchise is something we’re continuing to explore and hopefully deepen with Apocalypse,” Collider reports. “And the relationship between Beast and Mystique is a really interesting one that we didn’t have a lot of time to explore in Days of Future Past, so we’ll have an opportunity to do more of that in Apocalypse.”

Jennifer was one of the many celebrities affected by the malicious nude photo scandal sweeping the web. After Jennifer spoke out about the “sex crime” in the November 2014 issue of Vanity Fair, ex-boyfriend Nicholas broke his silence as well.

When asked about Jennifer’s nude photos on Good Day New York on Oct. 9, Nicholas said, “It’s shocking that things like that happen in the world. It’s a shame.”

HollywoodLifers, do you want to see a sex scene between Jennifer and Nick in X-Men: Apocalypse? Do you think it will be awkward? Let us know!