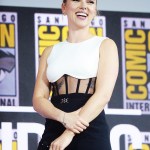 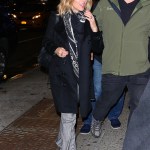 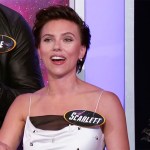 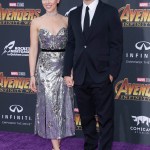 Wow! It’s only been a month since Scarlett Johansson gave birth, but she already looks amazing. Click inside to see ScarJo’s post-baby body!

Scarlett Johansson, 29, has always been known to have a sexy physique, but nothing compares to her incredible post-baby body. Just 5 weeks after giving birth to a baby girl, the Avengers actress is showing off a slim body. It’s like she was never pregnant in the first place!

Color me green with envy!

On Wednesday, Oct. 8, first-time mom Scarlett stepped out for what appears to be the first time since giving birth to her daughter, Rose Dauriac.

In the first photos of the new mom, she looks more fit than ever before — and she’s showering her fiance, Romain Dauriac, with lots of love!

Both Scarlett and Romain have been silent about their baby’s birth, just as they were with their “top secret” pregnancy for nine months.

However, it appears as if Scarlett could definitely claim she was never even pregnant… solely based on how stunning her figure is just 5 weeks later!

Even though Scarlett and her fiance refused to confirm their exciting news while she was pregnant, her friends at Marvel were not so secretive.

Well my first reaction was I was very happy for her and very excited for her, and my second reaction was we’ve gotta move some pieces on the chess board around schedule-wise.  But we didn’t change the script at all, which is sort of the most important things for us in terms of the storyline.  I think the goal is for us to sit here talking about the fact that you would never know that Black Widow was pregnant during the filming of the movie when you see the final version of Avengers 2,” Kevin told Collider during an interview.

Congrats again to Scarlett and Romain on their beautiful baby Rose!

Tell us, HollywoodLifers — What do YOU think about Scarlett’s post-baby body? Are you impressed with her slim figure so soon after giving birth? Let us know in the comments below!