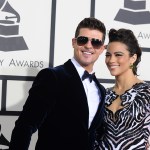 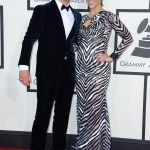 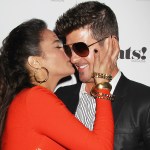 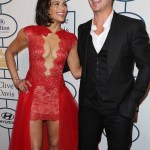 Robin spent months trying to win back wife Paula after a year of alleged bad behavior but it looks like his efforts were in vain. Paula has finally filed for divorce from the ‘Blurred Lines’ singer, citing irreconcilable differences.

There’s no doubt about it now — Robin Thicke and Paula Patton‘s marriage is as good as over. Their split has been undeniably rocky but will their divorce be even worse? Here’s what we know.

The one silver lining in this situation is that Paula, 38, obviously believes that — despite his apparent shortcomings as a husband — Robin, 37, is still a good father. She has asked for joint legal and physical custody of the couple’s three-year-old son, Julian Fuego Thicke, according to TMZ.

Paula filed for divorce in LA, and TMZ reports that “there will be no issues over whether Robin may have strayed. It’s irrelevant.”

Despite the very public relationship drama that has unfolded over the past few months, the couple, who have been married for nine years, are reportedly on good terms. Their divorce will be “harmonious,” and “there are no real issues that will cause a conflict,” sources tell TMZ.

Thankfully, Robin had some time to come to terms with the fact that his marriage was over before Paula filed for divorce.

“Robin was very aware that this was happening and he had expected it,” a source tells HollywoodLife.com EXCLUSIVELY. “It’s sad but all his trying didn’t work out and it’s time to move on.”

Even though the couple are going their separate ways, Paula still sees the good in Robin. “He is a wonderful father, which Paula appreciates most,” another source told HollywoodLife.com exclusively in July 2014.

So what do YOU think, HollywoodLifers? Are you sad about Robin and Paula’s impending divorce? Let us know!