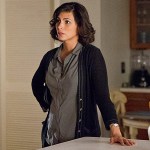 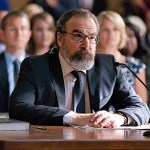 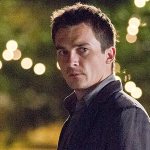 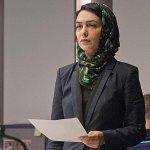 Don’t hate me, but killing off Brody in the season three finale was the greatest thing to happen to ‘Homeland’ season four.

Homeland’s fourth season kicked off on Oct. 5 without the presence of Nicholas Brody (Damian Lewis). The character met a shocking end on the season three finale. While many would think the show couldn’t go on without him, I can tell you Homeland is better off without Brody. His character had run his course.

‘Homeland’ Season 4: Brody’s Death Was The Best Thing For The Series

It’s a bold move for a show to kill off a major character, and Homeland took that chance in season three by killing off Nicholas Brody. Honestly, I couldn’t believe they actually went there. Then again, I was completely shocked and devastated when Will Gardner (Josh Charles) was killed off on The Good Wife.

Killing off a character of Brody’s caliber can make or break a series. (Yay for The Good Wife, nay for The O.C.)

‘Homeland’ Premiere: 5 Things To Look Forward To In Season 4

Season four of Homeland picked up six months after Brody’s death. Carrie (Claire Danes) is stationed in Afghanistan and doing what she does best. However, she gets herself in some serious hot water when she orders a drone strike that kills 40 innocent civilians at a wedding party in Pakistan.

The two-hour premiere was a thrilling start to the new season. The show felt revamped and never better. The Brody/Carrie drama got so old in the past three seasons. The constant back-and-forth between these two took away from what made the series so great in the first place.

Brody may be gone, but he’s not forgotten. Carrie is still mother to his daughter, Frannie. She fully admits that she’s not the best mother in the world, and it’s even more difficult without him. (Let’s face it, Carrie is not mother material.)

Plus, we can all agree that Quinn is 1000% better for her than Brody. Watching Quinn fall in love with Carrie has been heartbreaking, especially since she’s been so wrapped up in Brody. Maybe now Carrie can truly realize that Quinn is the one for her. (This show is not about romance, but hey, these characters need love, too.)

HollywoodLifers, do you think killing off Brody was the best thing for Homeland? How did you like the season premiere? Let us know!