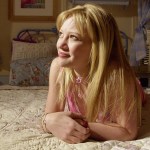 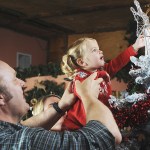 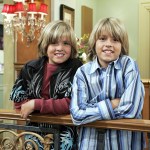 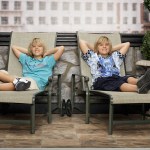 Shawn Mendes truly is the next big thing! At just 16 years old, he’s a bonafide sensation with zillions of fans screaming over him! WATCH an exclusive interview with the ‘Life of the Party’ singer!

Shawn Mendes was named Radio Disney’s Next Big Thing featured artist, and HollywoodLife.com has got your first look at his “N.B.T. Discovery” video, in which Shawn gushes over his fans, talks about his start with music, plus, he performs “Life Of The Party!”

Shawn is Radio Disney’s N.B.T. — that’s the next big thing!

We’re not surprised that Shawn earned the title, as their awesome featured artist, because he’s a total hot commodity these days!

The 16-year-old singer and songwriter, signed with Island Records, is an online sensation with tons of Vine fans and almost 2 million followers of Twitter.

In this exclusive first look at Shawn’s Radio Disney video, debuted by HollywoodLife.com, Shawn talks all about his getting his start in the industry, his passion for music and his fans. He also sings an acoustic version of “Life Of The Party” and we’re obsessed!

“I was always confused with what I wanted to do exactly…until obviously, music came around,” Shawn admits. He says that he would work for up to six hours per day when he decided that he wanted to make music his career, and it paid off! “I guess I’m good at it now,” Shawn says with a laugh.

He also reminisces on the big moment when he realized that he had fans, at one of his first gigs. “I was just blown away by how many people were there,” Shawn gushes. “It’s really cool to have that feeling behind something that’s yours.”

Shawn’s “N.B.T. Discovery” video will premiere on the Disney Channel, starting Wed. Oct. 1. WATCH above for your sneak peek at his performance and interview!

HollywoodLifers, drop a comment below with your fave thing about Shawn, and let us know if YOU are a Shawn Mendes fangirl!