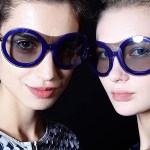 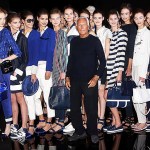 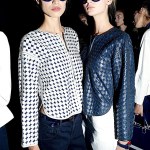 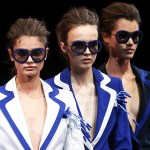 The subject of weight is very delicate, controversial, and often has no easy answer. Howevr, pictures of an Armani runway show featuring super skinny models have left people gasping! Should this be allowed in the fashion industry?

The trend of ultra-slim models has been absent from the runways for a while now; however, Armani seems to think that it should come back. During Milan Fashion Week, the high fashion label sent models down the runway who appeared to be questionably thin.

High fashion models have always faced scrutiny for either being too large or too small. Up-and-coming supermodel, Kendall Jenner, is familiar with these types of struggles.

When first starting out, the Keeping Up With The Kardashians star was constantly being called out for being too thin. More recently, the model is being labeled “too fat” for the industry!

In 2006, models with a body mass index of 18 or under were banned from Madrid Fashion Week. This rule kicked in after a model dropped dead minutes after walking off the catwalk from heart failure. Yikes!

Fashion labels have been following the rules since the incident; however, the Armani fashion show at this year’s Madrid Fashion Week had everyone questioning their judgement.

Armani’s Rail-Thin Models: Were Their BMIs Above 18? — Doesn’t Seem Like It

As stated above, the subject of weight can get a bit tricky. It’s easy to look at the pictures of the Armani models and jump to conclusions. My first instinct is to bash Armani for allowing these women to represent their company.

But then again, what would happen if a designer were to hire overweight models to walk in their shows? Would the world be shocked and disgusted? Probably not! They would most likely applaud the designer.

All I am saying is there is a bit of a double standard going on when it comes to “underweight” versus “overweight” representation of women in the media.

That being said, I draw the line at health. Without jumping to conclusions, the models walking down the Armani catwalk did not seem to have a body mass index of at least 18. They were so thin that guests in the audience were reported to be taken aback.

When all is said and done, the representation of women in the fashion industry should be based on health as opposed to labels such as “underweight” or “overweight.”