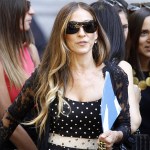 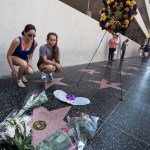 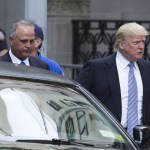 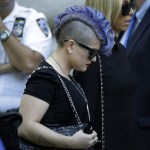 This is VERY disturbing. Joan Rivers’ doctor took a selfie in the procedure room at at Yorkville Endoscopy clinic while the late comedienne was under anesthesia, according to a report.

A medical professional described as Joan Rivers‘ “personal doctor” reportedly paused to take a selfie just moments before the 81-year-old went into cardiac arrest on Aug. 28, according to a shocking new report.

Joan Rivers: Doctor Took Selfie While Comedienne Was Under Anesthesia

CNN reports that a “staff member” at Yorkville Endoscopy, where Joan went into cardiac arrest, “told investigators that the doctor, who has not been publicly identified, took a selfie photo in the procedure room while Rivers was under anesthesia.”

Joan Rivers’ Personal Physician Who Took Selfie With Her Identified

The CNN report also says that Joan’s scheduled Yorkville Endoscopy doctor, Dr. Lawrence Cohen, performed his procedure first. Then, a person the source called Joan’s “personal ear-nose-throat physician” performed a biopsy on her vocal cords after. That is when the selfie happened and when Joan sadly went into cardiac arrest. Joan later died on Sept. 4.

If this report is true, this behavior is so sad and very terrible and positively sickening to hear.

The Yorkville Endoscopy clinic has been plagued with questions and concerns since Joan’s death.

On Sept. 12, ABC News reported that Dr. Lawrence Cohen was no longer with the medial center.

“The gastroenterologist who performed the endoscopy on Joan Rivers is no longer performing procedures at the facility where the comedienne and actress went into cardiac arrest,” ABC News said. “Dr. Lawrence Cohen, the medical director of the facility, was asked to leave Yorkville Endoscopy and has since stepped down.”

UPDATE: Joan’s doctor, Dr. Gwen Korovin, claims she did NOT take a selfie while the comedienne was under anesthesia, shortly before she stopped breathing, TMZ reports. Apparently, CNN’s source is “making up lies.”

Our thoughts and prayers continue to be with Joan’s loved ones during this difficult time.

What do YOU think about this new report, HollywoodLifers?