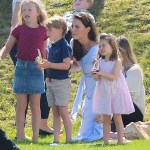 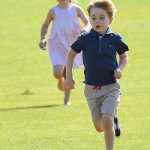 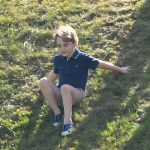 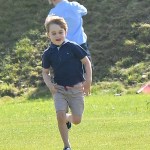 Kate & William, it’s wonderful that you are expecting a new baby. But the person who will be happiest of all is Prince George – he needs a  sibling close in age.

Kate Middleton and Prince William, I’m thrilled with your happy news – that you are expecting your second child next year. But what’s especially great about you already expanding your family, is that Prince George will have a little brother or sister who will always be close to him in age.

While this can be a terrific situation in a lot of families – children who are spaced closely together – it’s extra great in Prince George‘s very special situation. That’s because Prince George is the heir to the British throne. While its unlikely that he’ll become King until he’s a much older man – he’s third in line to the throne – he’ll nevertheless be raised to be king from a very early age.

In fact, George already completed his first official Royal Tour when he cheerfully accompanied his parents, Prince William and Kate Middleton, to Australia and New Zealand, this past April.

Who of course, can forget Prince George’s first official public playdate with a group of babies in New Zealand?

However, because Prince George is receiving this highly unique upbringing, he will feel different than other children as he gets older. He will have a very early sense of major responsibility as he is prepared from toddlerhood, for his important inherited role.

And that sense of unique responsibility will no doubt make him feel lonely at times as he grows up. After all, he’s not going to be having any regular playdates with another future king or queen, who can understand his particular situation.

That’s why having a sibling growing up also with a sense of “national” responsibility as the next in line to the throne, will be comforting.

Younger siblings to Royal heirs must also be trained to undertake a full spectrum of royal duties. First of all, they will also have very specific responsibilities to promote the Royal family and the country’s national interest – and they must be prepped to also step onto the throne, in case there is any disastrous situation.

Prince George will find it immensely comforting to have at least one sister or brother who understands what he’s going through, especially one who is close in age.

Prince William, 32 , has had that very situation with his own younger brother, Prince Harry, 29, who is just twenty-seven months younger than he, and the pair are the closest of friends. Royal baby #2, will be about 21 months younger than George, which makes them even closer in age than William and Harry.

William and Harry were always tight and the tragic death of their beloved mother, Princess Diana, at the age of 36, brought them even closer. William was 15 at the time and Harry was 12.

Thank goodness they had each other to lean on and to share their grief, when they unexpectedly lost the doting mother that they both loved so much.

They have had each other to understand their unique situations in life- from their duties to their paparazzi exposure – as well as to share in memories of their mom.

William must be so thankful to have his brother to commiserate with over all his royal responsibilities and frustrations. It’s not easy living life in a fishbowl!

Both Kate and William are doing their very best to give Prince George a “normal” upbringing. They are loving parents who are the most hands-on parents of a Royal heir ever.

Prince William has always changed diapers and given George his bottle – they have never banished George to his nanny and nursery to be raised to be rarely seen and never heard. William learned this from his mother, Princess Diana of course, but his father, Prince Charles, was not a hands on dad.

Nevertheless, despite their best efforts at normalcy, Prince George can never truly be “normal.” So having his new brother or sister to play with and grow up with, as a “Royal,” will be enormously beneficial for him.

Congrats again Prince William and Kate Middleton on your exciting new baby news and on your very thoughtful addition for Prince George!

HollywoodLifers – do you think that it’s best for Prince George to have a sibling close in age? Let me know.