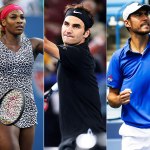 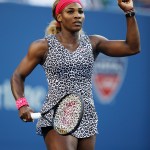 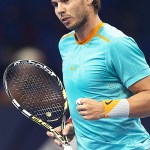 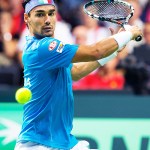 What a match-up! Serena Williams and Caroline Wozniacki battled it out for the U.S. Open championship, and it was Serena who emerged the winner of the title on September 7.  Serena beat Caroline 6-3 and 6-3 in the women’s final. Congrats!

Serena Williams, 32, is your 2014 U.S. Open women’s singles champion! The battle between Serena and Caroline Wozniacki, 24, for the title was nothing short of epic. Serena beat Caroline 6-3 and 6-3 for the championship! Way to go, Serena!

Serena definitely showed she was the No. 1 ranked women’s tennis player in the world. She easily won the first set 6-3 over Caroline.

Caroline puts up a good defense, but she was no match for Serena. The 32-year-old’s aggressive skills sent the Danish player going every which way.

The young Danish player started to pick up the pace in the second match, but Serena wasn’t relenting. Serena easily upped the score 2-0, but Caroline wasn’t going to give up that quickly. Serena had her eye on the ultimate prize and she upped the score to 6-3 over Caroline.

Throughout the game, Serena had seven aces and 23 unforced errors. Wow!

At the championship ceremony, Caroline spoke about her friend and opponent. “You really deserved it today,” Caroline said to Serena. “You played better than me.” There’s no bad blood between these two BFFs! Caroline even said they had to get drinks later!

HollywoodLifers, are you happy for the U.S. Open winner? Let us know!