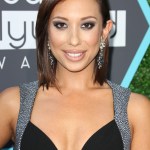 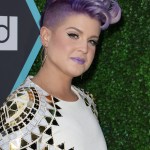 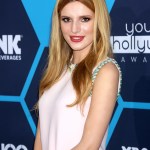 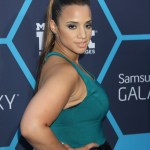 ‘Rich Kid’ Morgan Stewart grew up in Beverly Hills so she knows the meaning of true glam, and she showed it off at the 2014 Young Hollywood Awards in Los Angeles on July 27. Morgan’s makeup artist told HollywoodLife.com all about the reality star’s simple and chic look!

Morgan Stewart and boyfriend Brendan Fitzpatrick attended the Young Hollywood Awards, as HollywoodLife.com‘s special guests — we had such a blast with the reality couple of #Rich Kids of Beverly Hills fame — and we couldn’t get over how fabulous Morgan looked all night!

Morgan Stewart stunned at the 2014 Young Hollywood Awards in Los Angeles, California on July 27. The reality star, who’s known for her hilarious and unfiltered comments on her hit show, #Rich Kids of Beverly Hills, showed off her best beauty yet on the blue carpet!

“For Morgan, I used La Mer moisturizing cream to prep her skin and h2o+ Aqualibrium lip mender on her lips,” Morgan’s makeup artist Rob Scheppy tells HollywoodLife.com EXCLUSIVELY. “I applied a small amount of Makeup Forever golden beige foundation to even out skin tone and HD powder to create a smooth finish. I used Smashbox bronze lights in Suntan Matte for eyeshadow and cheek color, and on her lips I used MAC lip pencil in Oak. This gave me an overall mono-chromatic look with a matte texture. I completed this look with several coats of L’Oréal Voluminous mascara in Carbon Black.”

Rob, who also works with Kendall and Kylie Jenner and the Kardashians, added that he was inspired by Gwyneth Paltrow‘s mid-nineties look. “I loved her clean makeup with neutral tones,” the celebrity makeup artist tells us.

To get Morgan’s look, we recommend using Smashbox Bronze Lights in Sunkissed Matte on both your eyes and cheeks, just like the reality star! This will help you achieve a sun kissed, neutral and matte skin tone.

Morgan’s beauty and style was on point, but her best accessory was her boyfriend and costar, Brendan. The duo attended the annual award show, as special guests of HollywoodLife.com, and had a blast on the blue carpet and in the show where they were seated with Editor In-Chief Bonnie Fuller.

“Our favorite part was the Trey Songz performance and seeing the Biebs phenomenon in real life!” Morgan tells us EXCLUSIVELY.

Even Rich Kids can be impressed by Justin Bieber!

HollywoodLifers, did you love Morgan’s look at the Young Hollywood Awards? Is she one of your favorite reality stars? Let us know!