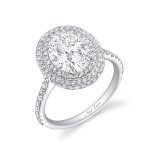 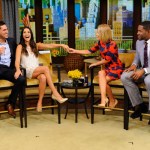 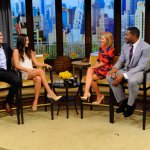 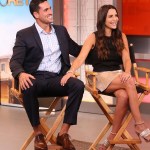 Andi Dorfman finally reached the end of her journey to find love. After eliminating 23 hunky suitors along the way, Josh Murray and Nick Viall stood as the final two men in position to win Andi’s heart. Click through our gallery to relive the best moments from the drama-filled July 28 finale!

Season ten of The Bachelorette reached its finish line on July 28, and we definitely felt the suspense! Andi Dorfman, 27, carefully narrowed down her potential suitors and both Josh Murray, 29, and Nick Viall, 33, hoped to put a ring on Andi’s finger by the end of the finale. See pics from the epic conclusion!

We can’t believe that Andi, 27, finally picked a mate! It feels like yesterday the former assistant district attorney, and arguably the sexiest Bachelorette ever, was being introduced to 25 sexy lads as they exited a fleet of limos on the May 19 premiere.

So much has happened since then, and tonight, on the July 28 finale, Josh, 33, and Nick, 29, pulled out all stops in the Dominican Republic to try and outdo the other.

Of course, Josh and Nick were grilled by Andi’s family before getting down on bended knee. It is a tradition on The Bachelorette, though, and we think they handled themselves well and proved they both love Andi very much!

Sadly, only one man can become Andi’s fiance and potential husband. And don’t forget, we knew who Andi chose all along!

What do YOU think, HollywoodLifers? Was this the best Bachelorette finale ever? Are you happy with whom Andi chose? Are you a fan of her engagement ring? Tell us how you feel!