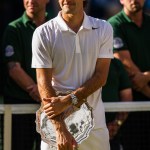 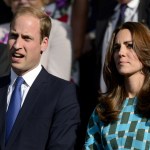 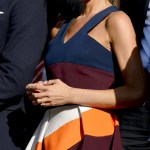 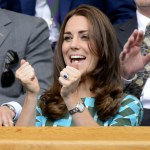 What a match! After an intense and hyped up match against Eugenie Bouchard and Petra Kvitová, Petra became the winner of the women’s Wimbledon final. Congrats to Petra!

This is what Wimbledon is all about. Eugenie Bouchard, 20, and Petra Kvitová, 24, battled each other for the women’s Wimbledon final on July 5. After a heart-stopping match, Petra walked away the best at Wimbledon and was handed that coveted Wimbledon trophy once again.

Wimbledon’s final round came down to Canada’s Eugenie Bouchard and Czech Republic’s Petra Kvitová on July 5. After two rounds of hard-fought battle, Petra was declared the winner of the women’s Wimbledon final. She beat Eugenie 6-3 and then 6-0 for the win.

When asked if the second Wimbledon win was more special to her, Petra said, “I cant say that it’s more special, but I feel like after three years to stand here with a trophy again is amazing.”

Petra also added, “It’s an amazing time for me.” She even shed a few tears during the interview. She was overwhelmed with excitement!

Eugenie is the latest tennis pro to catch the attention of the world. At just 20-years-old, Eugenie met up with Petra for her first Wimbledon women’s single finals!

Eugenie or “Genie” as some call her, beat out French Open finalist Simona Halep in the Wimbledon semi-finals on July 3.

Even though both Eugenie and Petra deserved the win, only one could be the winner. Eugenie lost to Petra in the final match. This is Petra second Wimbledon singles win.

Congrats to Petra. You should be so proud of yourself.

HollywoodLifers, was Petra your favorite to win the women’s final at Wimbledon? Or were you rooting for Eugenie? Let us know!