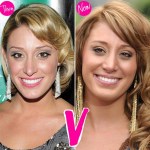 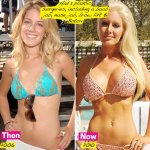 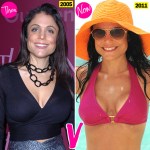 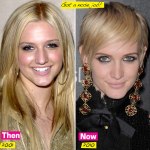 Beverly Hills plastic surgeons Dr. Paul Nassif and Dr. Terry Dubrow team up to fix cosmetic procedures gone wrong in E!’s brand new docuseries, ‘Botched’. As if the name doesn’t say it all, keep on reading because the docs tell HollywoodLife.com all about the insane nip tucks!

Remember when you were glued to your TV, watching Dr. 90210, The Swan and Bridalplasty? Well, get ready for more because Dr. Paul Nassif and Dr. Terry Dubrow are back for yet another medical makeover series, and it’s crazier than ever! Botched cuts deep into plastic surgery disasters, and you won’t believe what you’re about to see — a celebrity, celebrity lookalikes and tons of fake assets that need some serious repairing!

‘Botched’: The Medical Makeover Show You’ve Got To See

“I went to get nip tucked, and I got nip f**ked!” That’s what a victim of bad plastic surgery says in Botched — bring in Dr. Paul Nassif and Dr. Terry Dubrow!

The celebrity surgeons, who share quite the bromance, rose to fame on various medical makeover series and, of course, The Real Housewives franchise, but they promise HollywoodLife.com that Botched brings about the craziest cosmetic cases yet.

“This is the hardest of the hardest of all plastic surgeries,” Dr. Paul tells HollywoodLife.com EXCLUSIVELY. “You’re taking these crazy complications and poor results so that’s the shock value of it. The human interest aspect is that we are taking these patients and we’re trying to give them one last shot…you’re making something positive in their life.”

But not every case makes the cut. Dr. Paul, the facial plastic surgeon and revision rhinoplasty specialist, and Dr. Terry, the general plastic surgeon, turn down patients left and right. Tons of celebrity-lookalike hopefuls — think the Human Ken Doll, who appears on the Tuesday, June 24 premiere — walk through their doors, but if it’s not a necessary procedure, they won’t take them.

“We can’t take any person [and] just take someone and make them look like another person,” says Dr. Paul. “That’s against our medical ethics. Our goal is to do no harm to them. So we’re not into that. We’re into revisions on this show.”

One procedure that is not turned down is revising a uni-boob in the very first episode. “A uni-boob is the most difficult thing in breast surgery,” admits Dr. Terry, who is married to Real Housewives of Orange County‘s Heather Dubrow.

Celebs Are Just Like Us — They Get ‘Botched’, Too!

Janice Dickinson, who is known her outspoken antics and wild ways, appears on the Sunday, June 29 episode, and she makes for some must-see-TV.

“The Janice Dickinson experience was an e-ticket Matterhorn ride at Disneyland that goes up the rails! It was crazy,” Dr. Terry says with a laugh. “That was the most challenging patient I’ve ever had in my whole career…as soon as she went into the post operative room with pain and narcotics, the old Janice Dickinson came out. It was like Pandora’s Janice Box.  It was the most painful experience, but it was incredible for the show.”

Janice Dickinson drugged up? Yep, we’d have to agree with all of the above.

Janice is the only famous face who appears on this season (unless you count plastic lookalikes), but Dr. Paul, who does not comment on celebrity’s plastic surgery, says that the best look in Hollywood is natural-looking beauty — in other words, if you can’t tell they got surgery, they got good surgery.

Still, most patients who ask to go under the knife to resemble the rich and famous want Kate Middleton‘s nose, Scarlett Johansson‘s lips and men, according to Dr. Paul, want to look like George Clooney or Brad Pitt.

And for all of you wondering about Kim Kardashian‘s post-baby body? According to the experts, her cleavage is probably real!

“I think she has the most amazing figure for someone who had a baby and got back so fast,” reveals Dr. Terry. “If I were to guess, I don’t think it has anything to do with plastic surgery. I think it has to do with good genetics, diet and exercise.”

We couldn’t have said it better ourselves!

Botched premieres on Tuesday, June 24 (9/8c) on E! and moves to its regular time slot on Sunday, June 29 right after Keeping Up With The Kardashians.

HollywoodLifers, if you could look like one celebrity, who would it be? Let us know if you’ll be tuning into Botched!