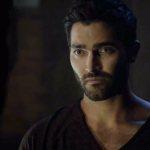 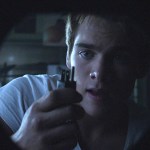 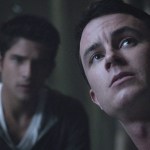 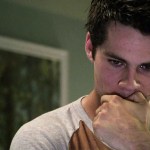 ‘Teen Wolf’ Season 4 premieres on June 23, and with it comes an expanded role for Shelley Hennig, who plays Malia Tate, a werecoyote. HollywoodLife.com spoke to Shelley in an EXCLUSIVE interview which answered everything you could want to know about Malia — including, yes, her relationship with Stiles.

Season 4 of Teen Wolf is very nearly upon us, and we know that many diehards are split between feeling trepidatious, excited, or even resistant to the Season 4 spoilers which have emerged surrounding Malia Tate’s more prominent role for the season. We wanted to get to know Malia a little better, and so HollywoodLife.com spoke with Shelley Hennig in an exclusive interview where she revealed Malia’s motivations, her guilt over her family, and yes, her relationship with Stiles (Dylan O’Brien)!

Know that you could be in no better hands than Shelley’s, who understands Malia and her role in the McCall pack as well as the actors behind the other, more established characters you’ve come to know and love. I know that the last thing that the Teen Wolf fanbase wants to hear is how much they’ll love something, but trust me: you really will love Shelley’s portrayal of Malia. Even if you’re not a Stalia shipper, and even if you have issues with how Stiles and Malia’s relationship initially developed — that is, via a sensuous make out sesh in the basement of a mental institution.

After all, neither Shelley nor Malia can really be faulted for it, and well, even creator Jeff Davis has admitted that the show sometimes has a problem with continuity and followthrough. Sometimes you just have to pick your battles, let Season 4 wash over you, take comfort in fanworks if you must, and remember that there are always fan conventions! Q&A below!

‘Teen Wolf”s Shelley Hennig: ‘Coyotes Are Very Faithful And Loyal Animals, And She Finds Her Mate’ In Stiles

HollywoodLife.com Is it a struggle for Malia to fight her animal instincts throughout the season?

Shelley Hennig: “Oh, absolutely. In Season 3B, you see Malia not wanting to be human. She wanted to go back to being a coyote. And in Season 4, you see her accepting being human, and I think a lot of that has to do with the connection that she has with Stiles. Coyotes are very faithful and loyal animals, and she finds her mate. Apparently, coyotes find their mate, and they mate for life, because they are loyal. So, she found her partner, and it’s Stiles, and luckily he reciprocates; with that, she becomes loyal to the pack, because it’s important to Stiles.

“And Stiles is really funny in the season; he’s constantly trying to help Malia fit in as a human because she is such an animal and has animal instincts that can come across kind of rude and aggressive at times and the pack get a little turned off by it, but Stiles is always there to protect her and to remind them that she’s learning. So, it’s really cute and fun.”

Is there any sort of struggle on Stiles’ part? Will there be any sort of ‘He’s Just Not That Into You’ situation? Or are they together for the long run?

“They’re a pretty good pair. And you know, Malia doesn’t have a family, really, and the pack is her new family. And you’ll see that Stiles and Malia are best friends, but I’m sure, just like every partnership, there comes something that puts you at a crossroads. And so, that might happen this season, and it’ll get tricky.”

Malia’s Guilt, Her Family, And What She Knows About Peter

Speaking of Malia’s family, does she continue to struggle with that guilt in this season?

“There’s always guilt there for her, which is something that she didn’t feel as a coyote, because she wasn’t human; she didn’t feel emotions. And that’s my favourite part about Malia, is that she’s, for the first time in years, experiencing human emotions. So, with that, she’s really feeling the guilt. And it comes up here and there, just like any tragedies in our lives — they go away and they come back, there’s a reminder, and it goes away again… so, she definitely struggles with that.”

Does she learn about Peter and what he’s done?

“She has known. Because she is part of the pack, she’s been debriefed on all of these characters that will come up in the season that will be new to her. So, yes, Stiles and Scott [Tyler Posey] have worked a lot with Malia to let her know who this person is, who to trust and not to trust, because she’s one of the pack.”

Is there going to be any sort of internal conflict that Malia experiences about how to feel about her biological vs. adopted family?

“There will definitely be a struggle. And obviously Stiles and Scott will warn her about how horrible of a person [Peter] is and that he can’t be trusted. She’s a teenager who has just found out that her dad is not her dad, and it’s this guy, and he’s a murderer, but it is her only blood family member that she knows of at this point. So, I’m sure there will be some struggle with that.

“It’s actually very relatable to real-life people, and you know, a lot of people find out that their dad isn’t who they thought they were, or they didn’t know their dad their whole life, and they find out, and they’re not happy with it. It’s that struggle of, ‘Should we try and make this work, or should we just stay out of each other’s lives like it’s been these past sixteen years?’ So, I like that — it’s pretty relatable.

“With the exception that there’s some supernatural things involved. [Laughs]”

Nuts And Bolts — How Is Malia A Coyote? How Is She In High School?

Given how much your character is going to be going through, are we going to be learning about some of the mythology surrounding Malia? Like, how are you a coyote when Peter is a werewolf? Will all of that stuff be explained?

So, are we going to learn why Malia is in high school when she skipped grades 4-10? Is she a genius? Will Stiles tutor her?

“I think it’s one of those TV things that you kind of don’t pay attention to. [Laughs] I think that Stiles is there helping her, and Lydia [Holland Roden] — she’s the smart one, the book smart one in the group. So, Lydia has been very helpful. I think she’s been helping Malia stay afloat, but it’s not easy for Malia.”

Back in Eichen House, how did Malia just kinda like stroll out of there and nobody stopped her?

“I don’t think she was under hold, and first of all, it’s Ms. Morell, right? She sort of bends all the rules. Second of all, I don’t think she had to be there; it was more her father — who she thought was her father — suggesting that she be there. She didn’t want to be anywhere, so what’s wrong with being in a mental institution? She was just trying to figure out how to get back to coyote, anyway.”

How Malia Will Interact With The Rest Of The Cast

I know that we see, in the premiere, a friendship between Malia and Kira [Arden Cho] — is there one between Lydia and Malia as well?

“There’s definitely a relationship there. I think because Malia is so loyal and faithful to Stiles, she’s now going to be faithful to the pack. She does grow to love each character for what they can provide, and I think Malia is very practical, and she knows that Lydia is very smart. She knows that each person in the pack is very special and important. Me and Holland have some cute scenes together, and so do me and Arden.

“It’s very fun to see — everybody is such a character, everybody has a thing. […] I really enjoyed the scenes with every actor, because they have developed their characters so well. The writers are great at pairing us together in random scenes, which can provide for some comedy, and I have that with both Arden and Holland.”

Speaking of you filming scenes with other actors, Linden [Ashby] tweeted that you two shared a scene together. What is the relationship going to be like between Malia and Sheriff Stilinski? Does he adopt a fatherly role? Is he protective of Stiles?

“I think he’ll be very fatherly, and, again, he’s an extension of Stiles, and so he, I’m sure, has a loyalty to him, as well. And Malia is always over at Stiles’ house, so she spends a lot of time with him, and he’s such a great guy that he does embrace Malia.”

She and Derek [Tyler Hoechlin] certainly have something in common — carrying around an enormous amount of guilt all the time. Are they going to share any scenes together? Are they going to bond over that shared experience?

“I don’t think they bond over that shared experience outwardly; maybe it’ll come through. […] I think we work together at one point to help a pack of werewolves that are under attack, and he teaches me a couple things.”

Does he see her as a little sister? Does he embrace her as a family member?

“At that point, he doesn’t know that they are related, so that will be a question for Tyler.”

Shelley Hennig: Malia Will ‘Struggle With Trying To Fit In’ In Season 4

Is she going to learn via Scott more about how to change back? Does she even want to change back now that she has embraced being a human?

“3B is very much her trying to figure out how to be human, and at the end you see, because of her connection with Stiles, that she starts working on how to control being human, and using coyote skills when necessary for the pack. And both Scott and Stiles and the rest of the pack have worked hard with her to control those animal instincts, and also to fit in with the human crowd.

“She has more of a liking for being human this season. And you’ll see her struggle with trying to fit in.”

‘Teen Wolf’ Season 4: Are You Looking Forward To Malia? To Her Relationship With Stiles?

Lastly, I told Shelley about the huge amount of support her fanbase is showing her, and she said: “Tell them I said hello and thanks for being so loyal! They can be my little coyotes, because they’re loyal like Malia!” How cute is that?

So, Stalia shippers (including JR Bourne) rejoice! While others may be hesitant to embrace that relationship due to the thought that, perhaps, Malia and Stiles should be setting romance aside after some fairly traumatic shared experiences, it looks like they just might be good for each other. We’ll have to see how the season goes!

However, Shelley is clearly devoted to her character, and I’m sure that fans will be able to embrace Malia as a character aside from her romantic relationship with Stiles — and the arguably problematic circumstances in which it began — which is, I know, where a lot of contention within the fandom lies. But hey, small blessings for the word “mate” being introduced with regard to romantic relationships on Teen Wolf, right?

So, HollywoodLifers, tell me — are you a Stalia shipper? Are you looking forward to Malia’s expanded role? If you’re hesitant or resistant — why? And are you open to the possibility that you just might love her? What are your best theories for Season 4? Let me know your thoughts below! (But be nice to each other.)

(Note: Some questions were re-ordered for fluidity; no context was removed.)