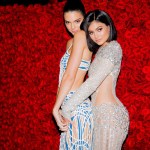 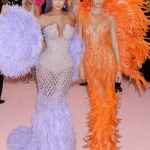 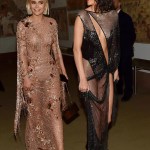 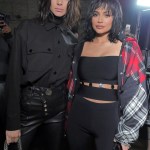 Move over, Kris Jenner and Khloe Kardashian! There may be two new Kardashian talk show hosts in the making — Kylie and Kendall! The sisters proved they can hold their own on the microphone after their successful stint at the MuchMusic Awards on June 15, and now they’re in talks to host a new talk show aimed at teens, a source tells HollywoodLife.com EXCLUSIVELY.

Kylie Jenner, 15, and Kendall Jenner, 18, could be on their way to co-hosting their very own talk show about teen issues. “So far, they both love the idea,” an insider tells HollywoodLife.com EXCLUSIVELY. So do we! Especially since the famous sisters have plenty of celeb friends like Selena Gomez and Justin Bieber who could make guest appearances.

Kylie and Kendall may be on the verge of another televised adventure, after they showed the world just how comfortable they were working together at the MuchMusic Awards in Toronto, Canada on June 15.

“Following their huge success of co-hosting the MuchMusic Awards show in Canada, Kendall and Kylie have been in talks to have their own talk show geared towards teens and teen issues,” a family friend tells HollywoodLife.com EXCLUSIVELY.

Of course, E!, which has been home to almost every Kardashian show, is the network looking to make this teen talk show a reality, our source says.

So exciting — we think the girls would be perfect for the job!

In addition to discussing serious issues on the show, the reality starlets would also interview celebrity guests.

“So far, they both love the idea, and if it did happen, they’d want to focus on subjects like self-esteem, dating, fashion, and celebrity interviews. There is a really strong market for this right now, and between the two of them, they have so many fans,” says the insider.

From Justin and Selena to Kim Kardashian and Kanye West, Kylie and Kendall certainly would have plenty of potential famous guests to choose from.

So what do YOU think, HollywoodLifers? Should Kendall and Kylie host their own talk show about teen issues? Would YOU watch? Let us know!