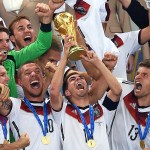 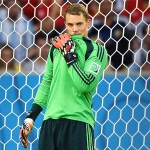 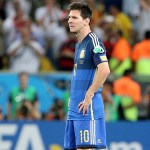 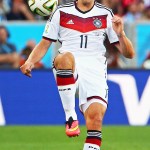 It’s finally here. Starting on June 12, the entire world of soccer will converge on Brazil for an entire month. Why is this good news for you? Because soccer players are unarguably the hottest athletes in the world. From Cristiano Ronaldo down, we did some SERIOUS research (okay you caught us, it was really fun) and found out which World Cup guys you need to be looking out for.

The haircuts, the muscles, the exotic swagger — it’s no secret that soccer players bring all the girls to the yard like no other athletes. And with the World Cup starting on June 12, Brazil is about to be a straight-up meat market. You may not like the slow-paced beauty of soccer, but you’ll definitely have a reason to tune in this time after seeing the list of hotties we picked out from around the world.

World Cup 2014: Who Is The Hottest Soccer Player?

After combing through each and every team that qualified for the 2014 World Cup (Seriously? We get paid to do this?), here’s the roster of sexy stars we came up with:

So what did we learn from this exercise? A few things — the US stacks up pretty nicely against the rest of the world (USA! USA! USA!), soccer players have the coolest names, and on the whole, defenders are the hottest. Now HollywoodLifers, tell us who YOU’RE going to be looking out for during the World Cup!