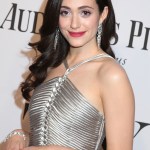 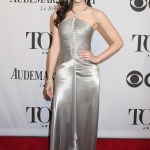 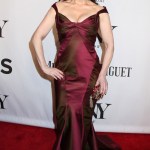 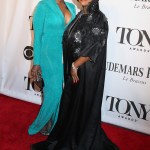 Neil Patrick Harris has been making huge waves for his role as the lead character in ‘Hedwig And The Angry Inch’, and on June 8, his performance of ‘Sugar Daddy’ at the 68th annual Tony Awards was totally spectacular!

Neil Patrick Harris, 40, hosted the 2013 Tonys, and for the 2014 edition, he hit the stage to perform “Sugar Daddy” alongside co-star Lena Hall from Hedwig And The Angry Inch, for which he later won the award for Leading Actor In A Musical! Details about the crazy performance below and click to watch the video!

Fittingly, RuPaul introduced the Hedwig performance of “Sugar Daddy,” for which Neil wore a long blonde wig and even bigger gold platform gold boots! Neil was totally unrecognizable, and totally incredible as he danced around the stage in a denim mini dress, black tights, and makeup that would put Mimi Bobeck from The Drew Carey Show to shame.

While it was more Neil’s song than Lena’s, the beautiful and feminine Lena was similarly unrecognizable in a getup reminiscent of Danny’s in Grease. It became immediately clear why Lena won the award for Featured Actress In A Musical for her portrayal of Yitzhak, Hedwig’s husband and bandmate.

Neil’s performance was also interactive — at one point during the song he stood up on the armrests of Orlando Bloom‘s chair and gyrated in his face, and at another he took off Samuel L. Jackson‘s glasses, licked them, and put them right back on his face. Classic. Neil also made out with his partner, David Burtka, gave Sting a lap dance, and then fainted on Kevin Bacon.

‘Hedwig And The Angry Inch’ — Synopsis

Hedwig And The Angry Inch, in its current iteration, hit Broadway for the first time on March 29 for previews, and will run until August 17. Written by John Cameron Mitchell, Hedwig is about a trans woman who escapes East Germany for the U.S. After a series of tragedies, she starts an “internationally ignored” rock band, playing coffeehouses and dive-y strip malls.

Hedwig narrates the musical in the style of an extended monologue, as she and her band follow Tommy Gnosis and his much more successful band across the country. Hedwig was once friends with Tommy until he betrayed her, stealing the songs they wrote together; however, Hedwig still sees him as her soulmate and wants to either be with him or destroy him. Been there, Hedwig.

So, HollywoodLifers, what did you think of Neil’s performance? Ladies, are you jealous of Neil’s legs? Did Neil deserve his win for Leading Actor In A Musical? Let us know!