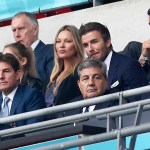 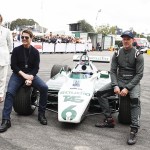 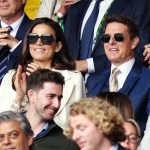 It’s no surprise that Tom Cruise has one of the most exciting careers in Hollywood, but how does the A-lister find a balance between his career and personal life? HollywoodLife.com has the exclusive interview with the ‘Edge of Tomorrow’ star!

On May 28, Tom Cruise, 51, traveled three countries, and two continents for a 24-hour fan premiere tour for his latest film, Edge of Tomorrow. HollywoodLife.com had the chance to catch up with him on the red carpet at his last stop in New York City and the Oscar nominee was more than willing to share with us just how he does it!

Tom Cruise’s Personal Life — How Does He Have Time?

With his latest movie Edge of Tomorrow, hitting theaters on June 6, Tom has yet to take a break from the demands of Hollywood. The actor isn’t new to the overwhelming time restraints his career puts on his personal life. If there is anyone in Hollywood that can juggle a personal life and still have a successful career, it’s Tom.

“You just got to make it happen, make it happen,” he told HollywoodLife.com at the premiere. It doesn’t seem like a grueling film and press schedule phases this guy! Whether Tom is promoting a big blockbuster hit or dancing on top of Oprah’s couch, he seems to be loving every minute of his life.

The Mission Impossible actor even found the time to give some career advice to the young heart-throb, Zac Efron. The Neighbors star told news.com.au  in an interview that he went to the movie veteran for advice.

“I won’t talk specifically about those conversations but I think they were pretty candid and common sense driven,” stated Zac. He also added “You really have to take into account what your place is, how you can shape that to what you want it to be in the future and what the steps are to get there.”

Well, if anyone could give out advice on shaping your career and personal life, Tom can.

‘Tom Cruise: Anatomy of an Actor’

During his career, Tom has had his fair share of media controversies and public meltdowns along the way. The three-time Oscar nominee and Hollywood’s highest-paid actor in 2012, can now add an autobiography to his resume. The book written by author Amy Nicholson, is called, “Tom Cruise: Anatomy of an Actor.”

Inside it reveals the ups and downs of Tom’s career, including all the personal details about his love life and role in Scientology. The book will be hitting selves in July and we are very interested in what Amy has to say. In the mean time, Edge of Tomorrow comes out in theaters June 6, and it’s worth the watch!

What do you think HollywoodLifers, are you going to take a peak into Tom’s crazy life and read this book? Let us know!