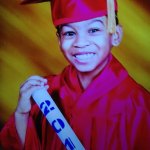 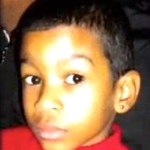 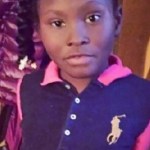 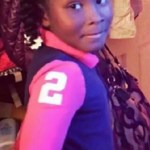 The little girl who escaped a butcher knife attack inside her NYC apartment building is now fighting to stay alive. The attacker, who also murdered a little boy, 6, is still on the run. So sad.

Mikayla Capers, 7, ran for her life after she and her friend, Prince Joshua Avitto, 6, were randomly attacked by a man in their apartment building’s elevator. The man stabbed and hacked at the two children until the doors opened, which is when Mikayla ran for her life. Even though the man chased her out of the elevator, he made a run for it after the little girl made it outside and collapsed on the sidewalk.

A little boy was brutally stabbed and hacked to death inside of the elevator, while a little girl, Mikayla, was able to escape before it was too late.

Even though Mikayla escaped the attack with her life, she is still in critical condition after undergoing emergency surgery. Mikayala’s injuries include multiple stab wounds and a collapsed lung, according to NBC New York.

“No parent should have to go through this. He killed my baby,” Prince’s devastated mother was overheard saying while outside of Brookdale Hospital on Sunday.

Mikayla & Prince’s Attacker Is Still On The Loose

The man who attacked these two innocent children is still on the run, but police are currently working on a sketch that they believe will help find him.

He is being described as a husky man who was wearing a grey sweatpants. Witnesses believe they saw the man running eastbound after the attacks.

Police also believe the suspect may be connected to another brutal stabbing that took place in the same neighborhood on Friday, May 30. The victim in the first stabbing was an 18-year-old girl who was found unresponsive on the street.

Sadly, the teen girl was pronounced dead when she arrived at Brookdale Hospital.

Our thoughts remain with Mikayla, Prince, and their families at this time.