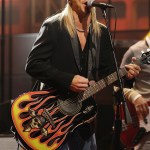 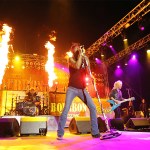 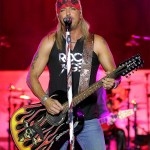 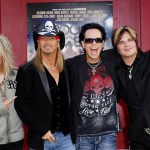 Bret Michaels, Poison frontman and ‘Rock Of Love’ star, was in the middle of a show in Manchester, New Hampshire, on May 29 when he was rushed into emergency care.

Bret Michaels, 51, is best known as being the frontman for Poison, an American rock band which rose to fame in the mid-1980s, and for his role on the reality TV competition series Rock Of Love. On May 29, Bret was performing some of his solo material when he was abruptly rushed off the stage for emergency medical care.

Bret, a Type 1 diabetic, suddenly fell ill during his show in Manchester, New Hampshire, due to severely low blood sugar. According to a statement posted by his friend and guitarist, Pete Evick, on Bret’s Facebook page, “Bret had [Pete] sing a song as he rushed off stage.”

“In the 9 years I’ve stood next to him, I’ve never seen a look like the one on his face as if I was a complete stranger,” Pete wrote. “One of the crew returned instantly to notify me that Bret’s blood sugar was extremely low.

“He returned to the stage only to announce that he could not continue. As you all know he is a health fanatic and fiercely monitors his blood sugar, he basically had to be dragged off the stage in his sickest of conditions. When I rushed to the bus he could [barely] speak, but begged me to apologize to the fans and seemed only concerned for them.”

Later in the evening, “Team Bret” thanked the paramedics “both on and off duty who have assisted Bret tonight. No words can thank you enough for your help.”

However, this isn’t the first time that Bret has undergone a health scare. In April 2010, Bret was rushed to the hospital for an emergency appendectomy. Later that same month, he went to the hospital with an “excruciating” headache, and it was discovered by doctors that he had suffered subarachnoid hemorrhage — bleeding of the brain — and was in critical condition.

Not much later than that, in May 2010, doctors discovered that Bret had a hole in his heart after he suffered a transient ischemic attack — a warning stroke. Doctors insisted that the hemorrhage and the stroke were not connected, so it was a pretty scary year for Bret.

The following statement was released to HollywoodLife.com regarding Bret’s condition:

“As previously announced, Entertainer Bret Michaels was physically forced to leave the stage last night at the Palace Theater in Manchester, New Hampshire due to complications involving insulin shock & severe low blood sugar, along with other conditions which doctors later determined included exhaustion/dehydration/fever and the Noro flu virus. Michaels attempted to return to the stage to finish the show however it was clear to the band, crew, and audience that he would not be able to continue, as he walked of the stage and became violently Ill.

Paramedics present at the show immediately responded and 911 was notified. Unable to keep substance in his system complications with his insulin levels and inability to balance his blood sugar levels arose. Michaels was rushed by ambulance to CMC (Catholic Medical Center), and monitored through the evening as doctors tried to bring his blood sugar back to healthy levels.

Under strict medical direction Michaels will not be able to perform this evening in Wilkes-Barre, Pennsylvania as doctors have ordered him to let the flu virus run its course and let his blood sugar rebalance and remain consistent. While hoping to perform tomorrow in Albany, type 1 diabetes complicates health issues such as the Noro flu virus and must be monitored and taken very seriously.”

Keep an eye on that blood sugar and your health, Bret! We’re glad that you’re feeling better and we hope you’ll make a full recovery very soon.